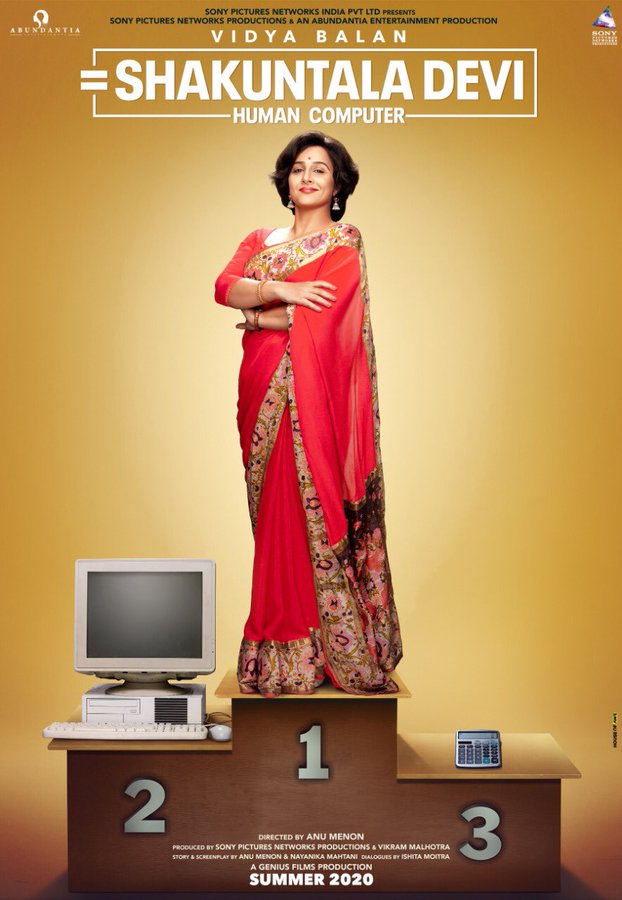 After the success of Mission Mangal, Vidya Balan is all set for the biopic on great mathematician Shakuntala Devi. The first look of the character is out, and Vidya has a striking resemblance to the “human computer”, as Devi was known.

The actress took Twitter to reveal her new look through a motion poster. Sporting a saree with her hair done in a short bob, Vidya is ready to own the role.

The film will be directed by Anu Menon, who has previously worked on Amazon Prime Video web series Four More Shots Please!, and is being backed by Abundantia Entertainment, the production house behind films such as Airlift and Toilet: Ek Prem Katha.

Shakuntala Devi earned the title of ‘human computer’ for her impressive ability to memorise and compute numbers in record time.

Her talent lead her to have a spot in The Guinness Book of World Records in 1982. She also authored several books on several subjects such as arithmetic, puzzles and astrology during her lifetime. Her book, The World of Homosexuals, is considered to be the first study of homosexuality in India.

Math Genius is scheduled to go on floors later this year and is up for a summer 2020 release.

More trains of WR affected due to Kisan agitation in Punjab