The year of popular Gujarat Literature Festival (GLF) moves to the cultural city Vadodara for its first edition. Noted Gujarati writers, speakers, film star Vidya Balan, bollywood film writers and dedicated literature festival for children are some of the attractions this year. The festival has done five editions in Ahmedabad and has emerged as the […] 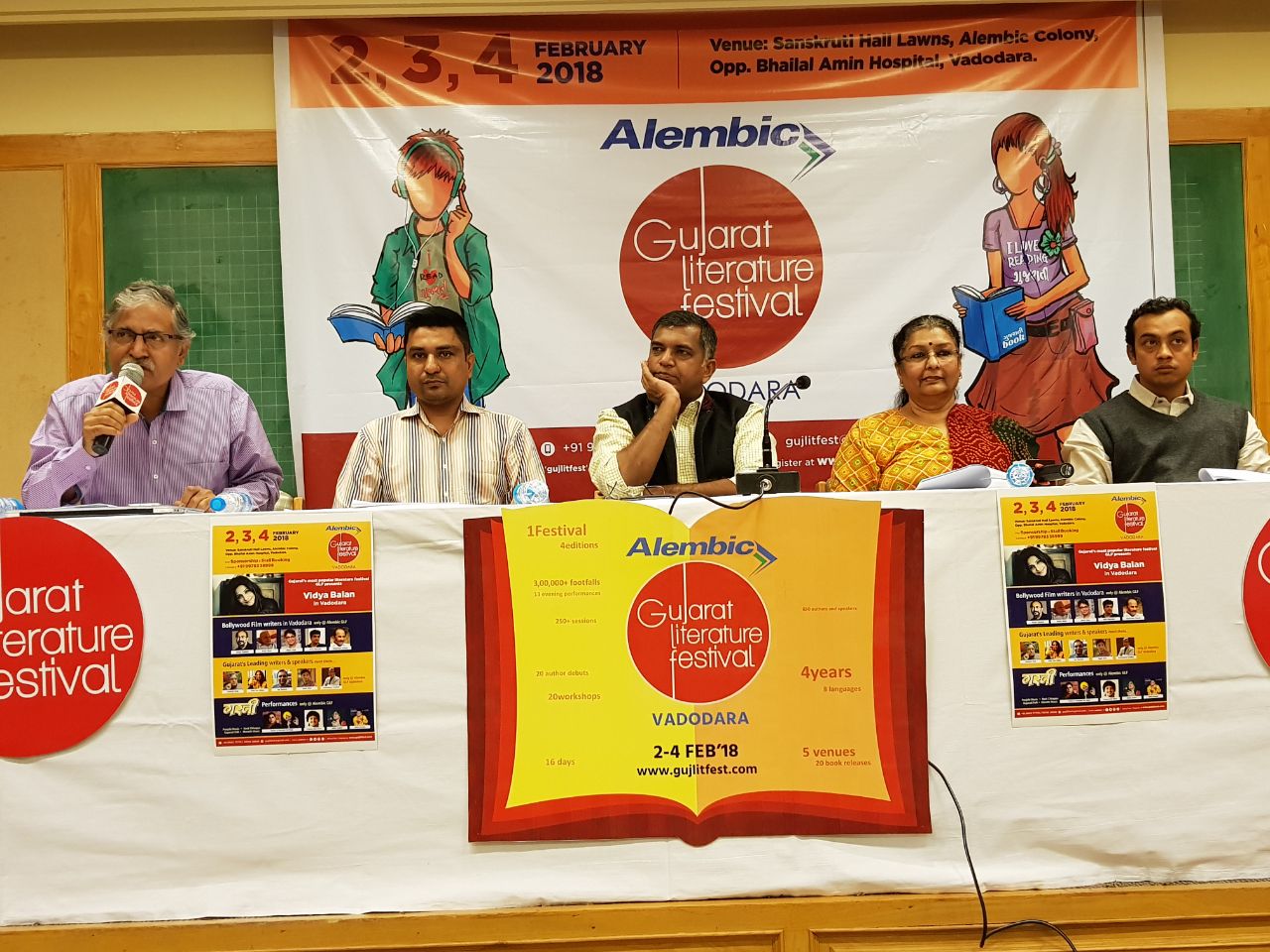 The year of popular Gujarat Literature Festival (GLF) moves to the cultural city Vadodara for its first edition. Noted Gujarati writers, speakers, film star Vidya Balan, bollywood film writers and dedicated literature festival for children are some of the attractions this year.

The festival has done five editions in Ahmedabad and has emerged as the most popular and largest literary event in Gujarat. Now moving out they present the first edition of Alembic-GLF in Vadodara to be held between February 2 and 4, 2018.

The Festival comprises of debates, discussions and most popular conversations alongwith talks. Dedicated time for audience interaction and planned events like workshops is to bring more focus on learning with literary activities. 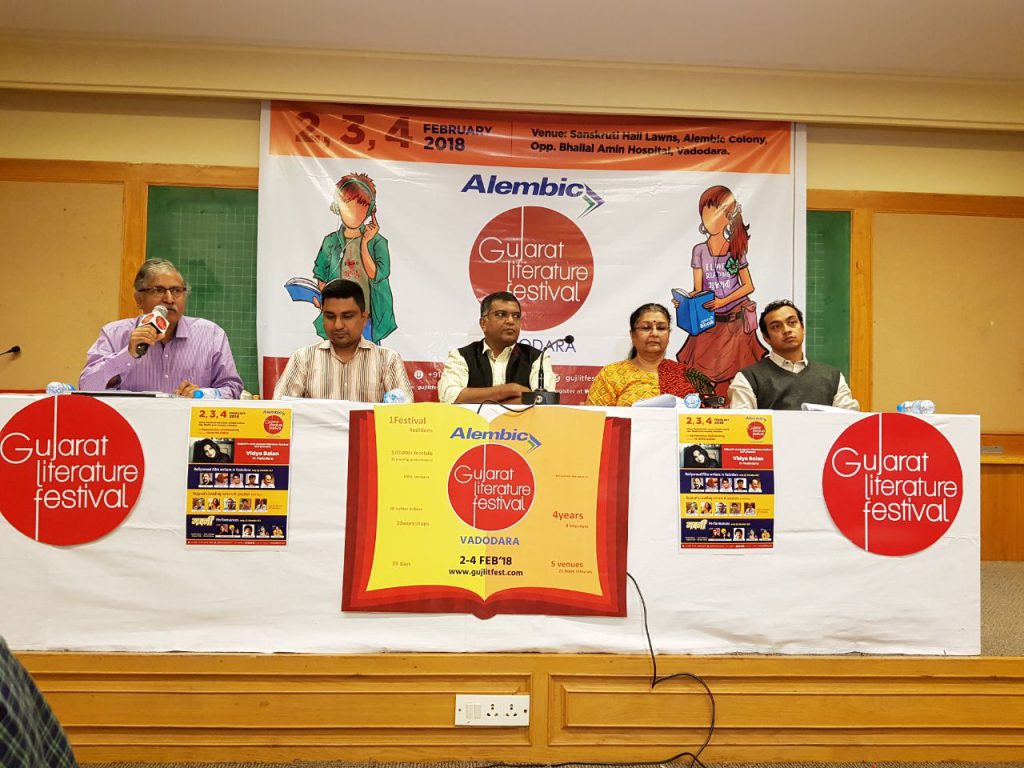 The theme of the first festival in Vadodara is ‘story telling’ with the idea that every piece of literature is a story, every person is a story and every concept is also best explained as a story. The festival will see wide diversity of authors, poets, performers and experts, not only from Gujarat but across the world.

One of the differentiators of GLF is its partnership with the SWA Screen Writers’ Association of India. This partnership has ensured that the audience in Vadodara will be able to interact with and learn from the famous film writers of Bollywood, who have given recent hits.

Talking about special features a dedicated literature festival for children, curated unpublished stories from life and other areas, story telling competition for children, musical programmes and events, 15 plus film writers from bollywood like Vijayendra Prasad of Bahubali and Bajrangi Bhaijaan, Anjum Rajabali of Rajneeti and Gulam fame, Amit Masurkar writer of India’s Oscar entry Newton and others. Film Star Vidya Balan will also be present there and interact with the audience.

The festival is unique in the sense as it’s not limited to one but for every language. The three days festival will see 75 events, over 150 authors, speakers and performers along with speakers from foreign countries will take part. The organisers put focus on the youth and give them first preference during the interaction session.

GLF focuses on boosting acceptance of Gujarati and nurturing fresh talent in Gujarati writing, while giving room to all other languages.

Continuing with the philosophy that Literature GLF brings together multiple forms of narratives and story-telling theatre, screenplay for feature films, documentary films, music, journalism, social media and even oral traditions all packed in the three days of fun with ideas, free thought and books.

“First GLF in Vadodara will build around the ‘stories and story-telling‘ theme. We will be curating and presenting publised and unpublished stories, alongwith other sessions.” Says Samkit Shah, producer, GLF.