Vidya Balan at her best in Gujarat Literature Festival

Dressed in her trademark saree the ever smiling Vidya Balan attends the Gujarat Literature Festival in Vadodara and talked about her experience related to films. On the burning Padmaavat row she said the film must be released and then the people decide to watch it or not. Enthusiastic fans eager to catch the glimpse of […] 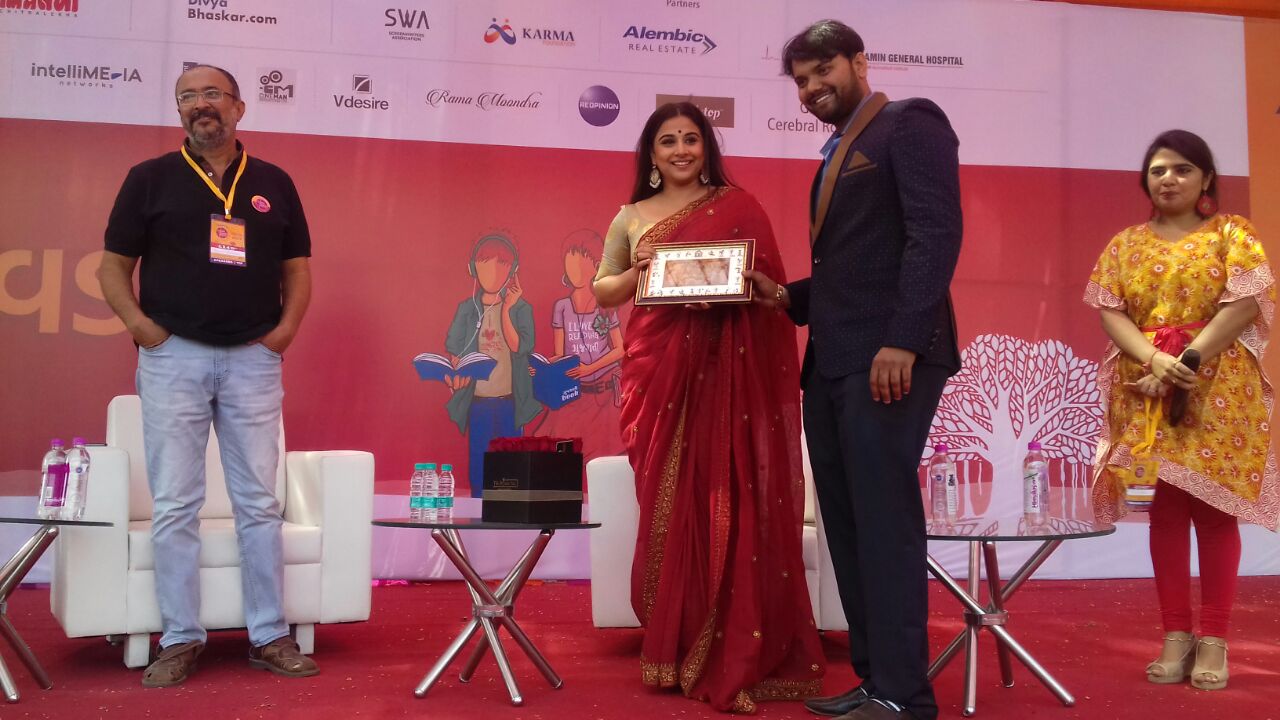 Dressed in her trademark saree the ever smiling Vidya Balan attends the Gujarat Literature Festival in Vadodara and talked about her experience related to films. On the burning Padmaavat row she said the film must be released and then the people decide to watch it or not.

Enthusiastic fans eager to catch the glimpse of the stunning vision she made in her embellished peach saree and dangling golden jhumkhas, as she came up on the stage. The spirited actress talked about her journey with Anjum Rajabali, an extremely well known screen writer, who has films like Rajneeti, Ghulam and The legend of Bharat Singh to his credit. 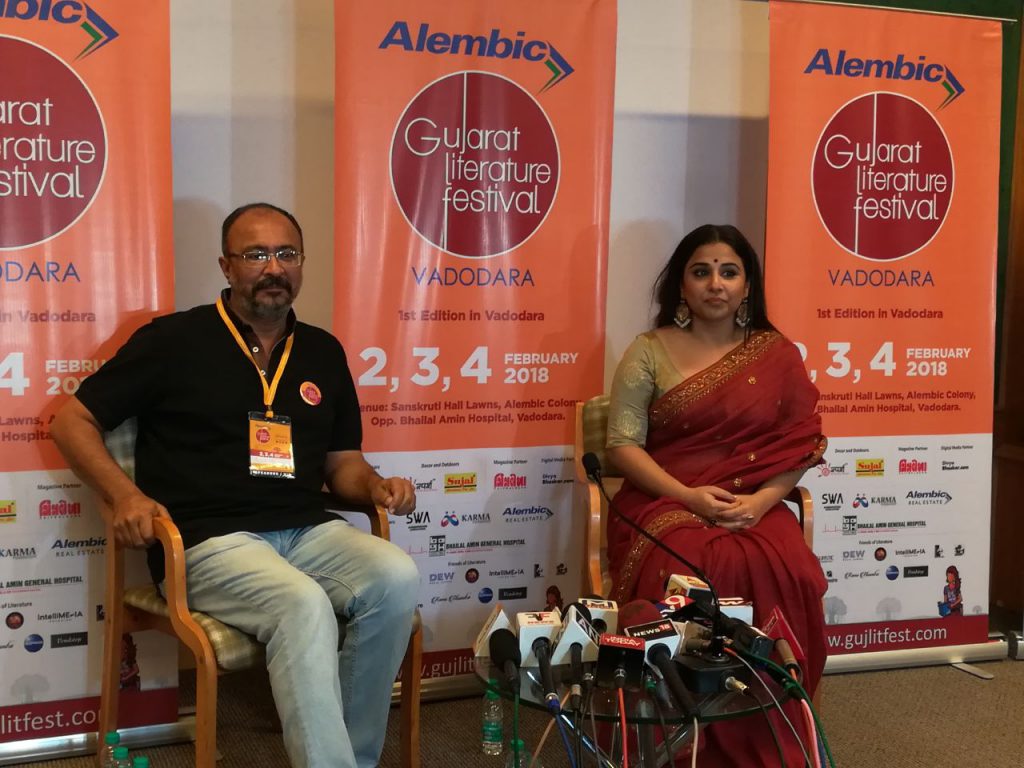 Vidya is quite known for her knack for doing challenging and women centric movies, but her journey hasn’t always been rewarding and successful. After doing some remarkable films and receiving a lot of appreciation, her career graph dipped and she gave a series of flops.

Upon being asked about how did she take this failure, the actor unhesitatingly replied, “I was obviously upset and disheartened. I’d spend hours trying to figure out what went wrong, but the key was to let it out of your system and move on. 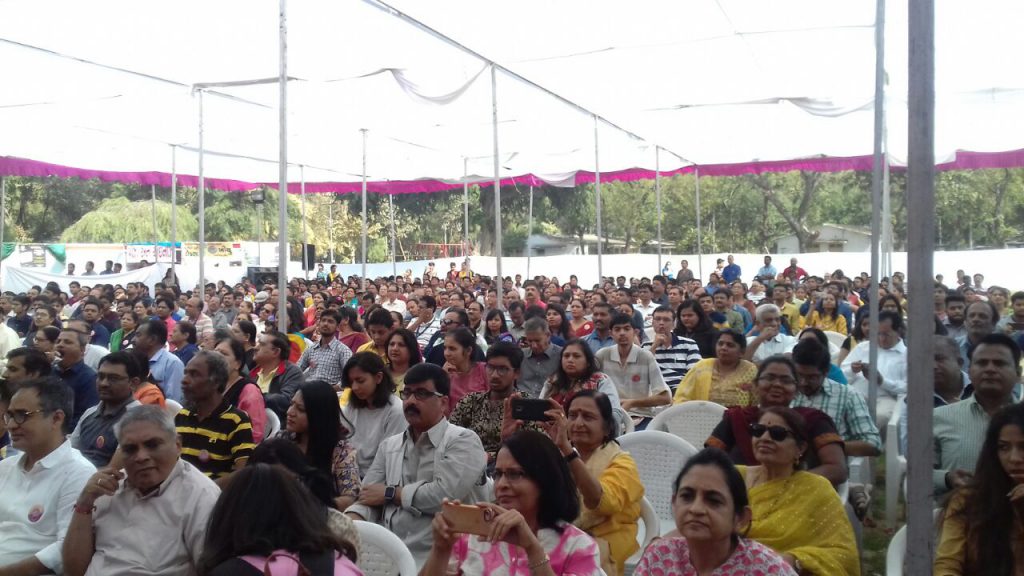 Also this phase was just after I got married and people told me that this downfall is due to it. So, I had all kinds of thoughts going in my head but ultimately the phase passed.”

She shared her experiences about her films specially ‘Dirty picture’ for which she recieved the National award.

“Frankly speaking Silk and I have less similarity but as an actor I took the role as a challenge. During shooting of the film I came to know that the basic emotion between us is same. My director told me one thing that if you respect Silk then you get respect for your Silk. The film gifted me one thing that is Non Judgemental Attitude and also I get National Award for the my role in the film,” said Balan. 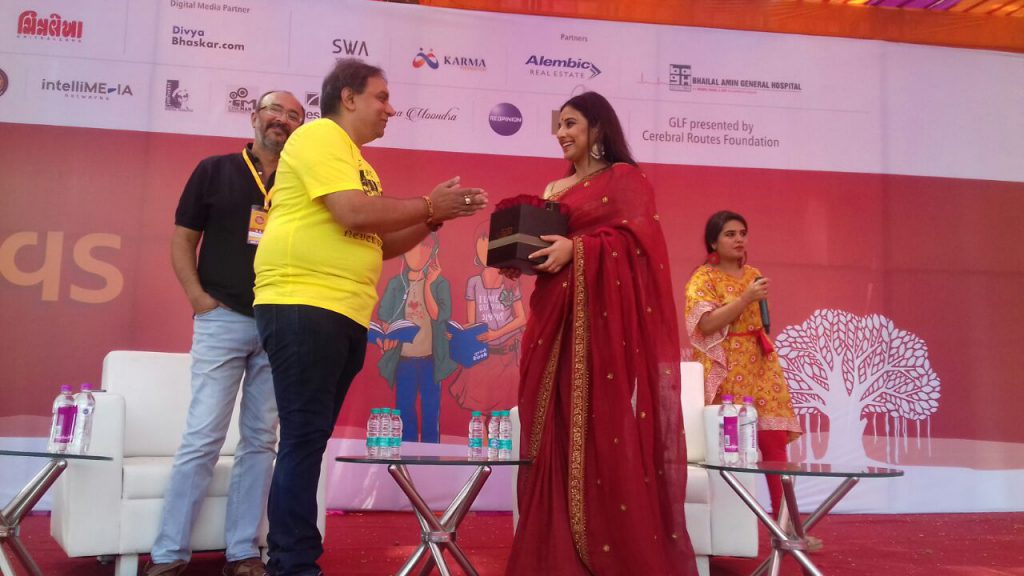 Vidya Balan is known for strong women oriented films and loves to hear her inner voice to choose the projects. She said the story and the script matters the most and she is comfortable with every topic film. However she added to be uncomfortable with horror based movies.

She is quite excited to attend the Literature Festival which helps her to know the real meaning of Vadodara as the city got it’s name from Vad the Banyan tree. She addressed the gathering in Gujarati and also said to be ready to do films even in Gujarati and all other languages. She said the self confidence is what necessary to move ahead in life. 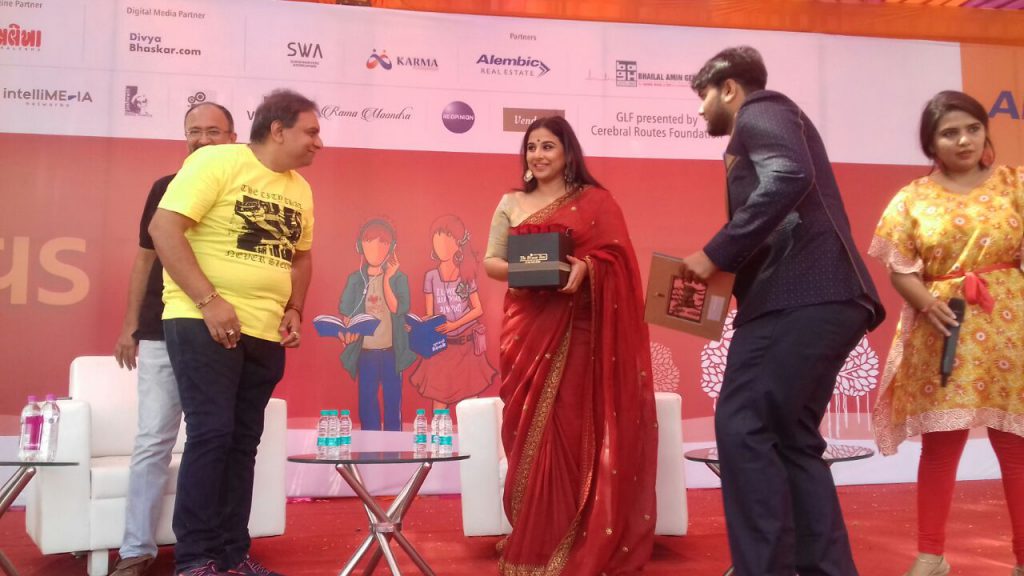 On a question about the money gap between the male and female actors in the industry she said yes it’s there but the range of women oriented films are short and she asked the amount as per the film. When such films will go big the scenario might change.

About the Akshay Kumar film Padman she said she is excited to see the film. About Akshay Kumar and his choice of subjects she said he always reinvent himself as an actor and she also done couple of films with him.