Video went viral of Monkeys ringing bell inside the temple 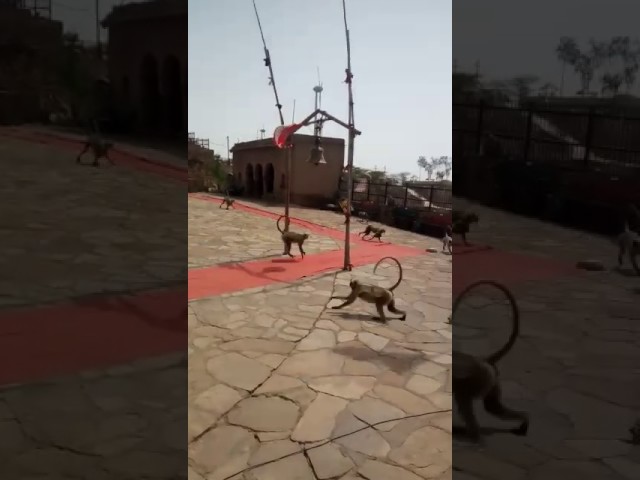 We often see monkeys playing inside temples, housing colonies and forest areas. However a mobile video went viral on social media where a group of monkeys take turns to ring the temple bell while the aarti is going on inside.

It’s an interesting sight to watch for the temple priest and the people present as they couldn’t stop themselves to shoot the act on the mobile phone. The ringing of the bell went accordingly perfectly with the aarti inside the temple.