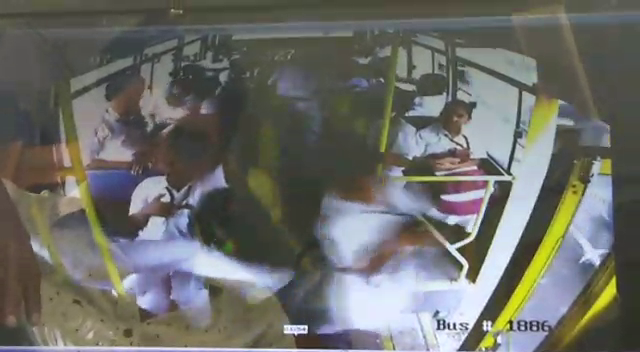 No major injury reported after the student fell from moving bus

A video of one student fell down from the moving bus went viral in Rajkot where the another student inside was seen kicking the first. However no major injury was reported in the incident.

The viral video shocked everyone which shows the student kicking the another one inside a bus and as a result he fell down from a moving bus. The incident is believed to be happen inside a private school bus.

However no major injury was reported in the incident but the woman in the video is talking in Kathiyawadi tone which many believes to be from Saurashtra.