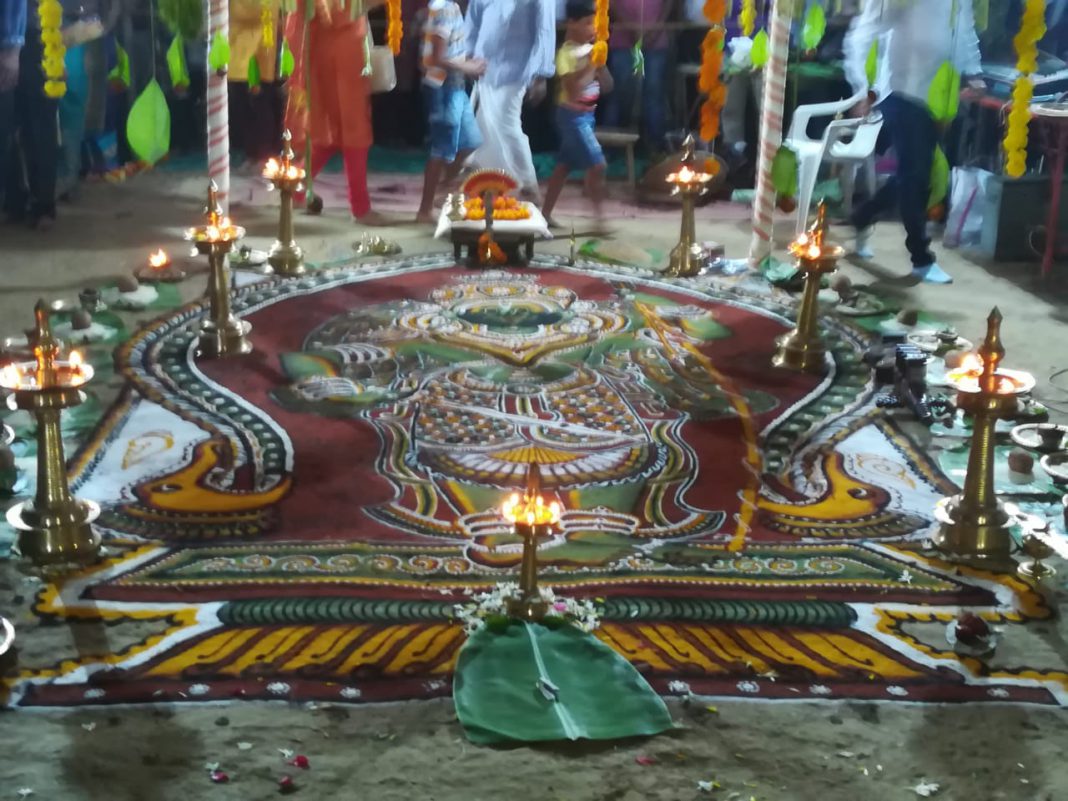 Vettakkorumakan a unique pooja was organised for the first time in Gujarat where the main attraction was breaking 12008 coconuts in three hours. The special programme was organised by Sama Ayyappa trust in Vadodara inside the temple.

For the first time Vettakkorumakan was held outside Kerala where the main attraction was breaking 12008 coconuts in three hours accompanied by Keralabands. 14 special priests from Kerala visit the temple for this special pooja.

Vettakkorumakan is the son of Siva and Parvati and there is a special significance of his pooja in South India. This year the pooja was organised outside Kerala for the first time in Vadodara by Krishnamani Maharaj accompanied by traditional music. Maharaj broke 12008 coconuts inside the Ayyappa temple and create a record of his own.

Large number of devotees remain present there at the pooja and witness the record breaking feat. The coconuts were later processed and given to the people as prasaadam.