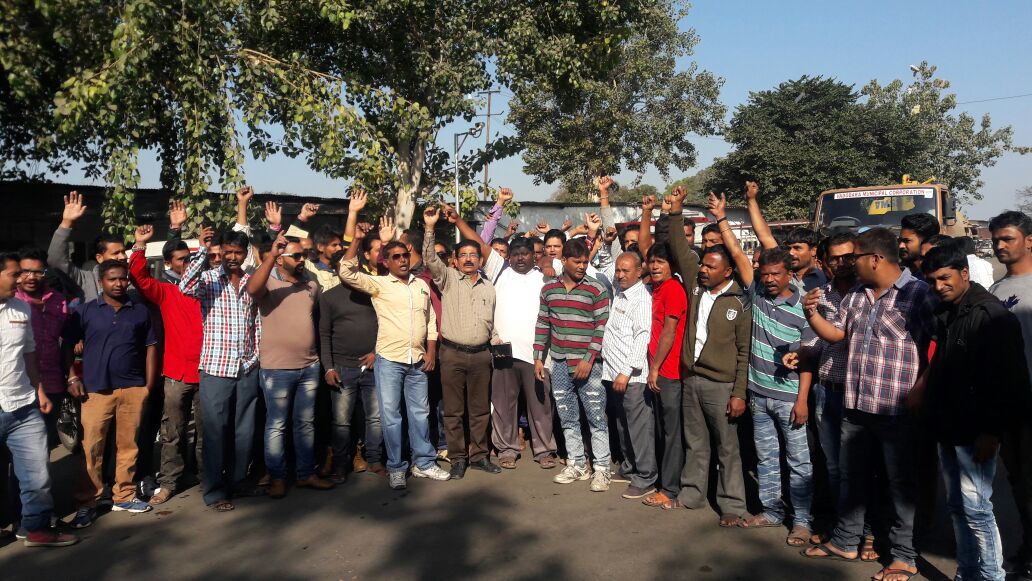 Employees of Vehicle pool under VMC and working under private contract went on indefinite strike demanding to depute them under straight contract of the VMC. They also threaten not to work until their demands were resolved. After the strike the work at Vehicle pool comes to a stand still.

VMSS changed the contractors regularly but the employees working in the Vehicle Pool are same for the last ten years and also experienced.

He further said that they give a memorandum to the Municipal Commissioner before Diwali requested him to make the employees permanent along with other issues but still it is not resolved after two months. He said they again pressed their demand and went on indefinite strike from Friday and till it get resolved they will not return to work.

The 240 employees on Friday give memorandum to the Vehicle Pool official Dharmesh Rana and they pressed their demands in it. The employees demand to make them permanent or else remove the private contractor and depute them straight through VMC contract so that they can get the benefit directly. They threaten not to return back to work till their demands were met and also not a single vehicle will go outside.

After the strike the work for basic amenities were stopped and also many officials went in their private vehicles for work.