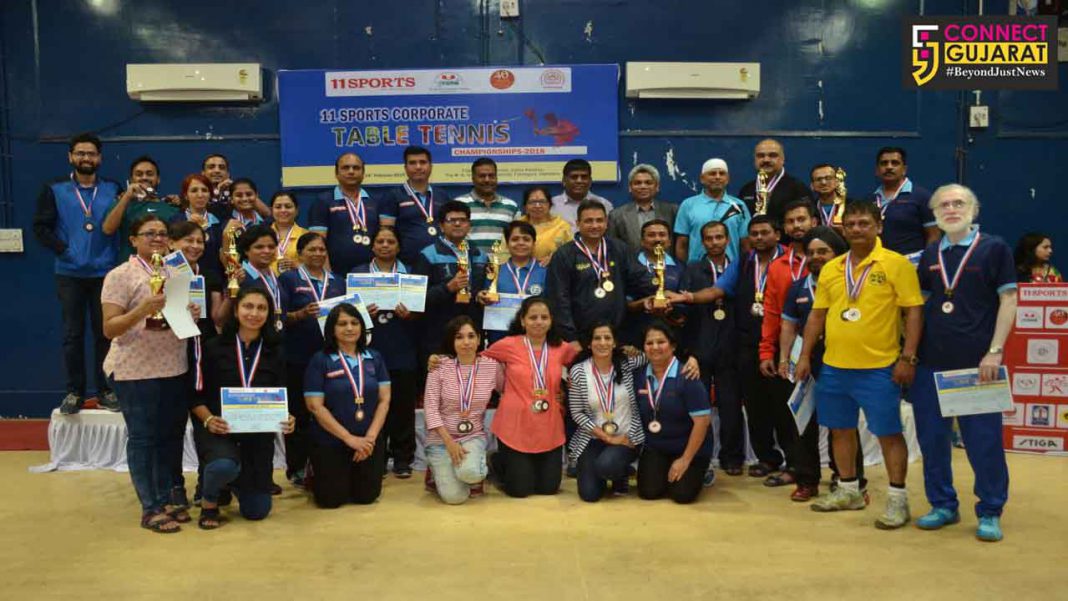 Organised by Table Tennis Association of Baroda (TTAB) the championship concludes on 24th with a two minutes silence to give tribute for the martyrdom of our great soldiers. The Corporate event is organised second time in the city for two days on 23rd – 24th February 2019.

This year again Vadodara Division Western Railway (VDWR) men’s team has defeated Central GST & Excise (CGST) with the set score 3-1. CGST got sad back when the second match lost by Rishi Sharma after leading first two games and in third game he was 10-9 up with service benefit, but unable to encase the advantage and lost third game with 10-12 score and trailing games also lost against Subhadip Roy of W.Rly. with 6-11 and 11-13 games scores.

Even in the deciding game, Rishi lost at 11-13 and thus the hope of winning crown of CGST was little bit loose in the men’s team championship event. And then after third and forth matches CGST lost against VDWR with the set score 1-3.

In women’s team championship title won by Medical Council of India (MCI) with the excellent performance.