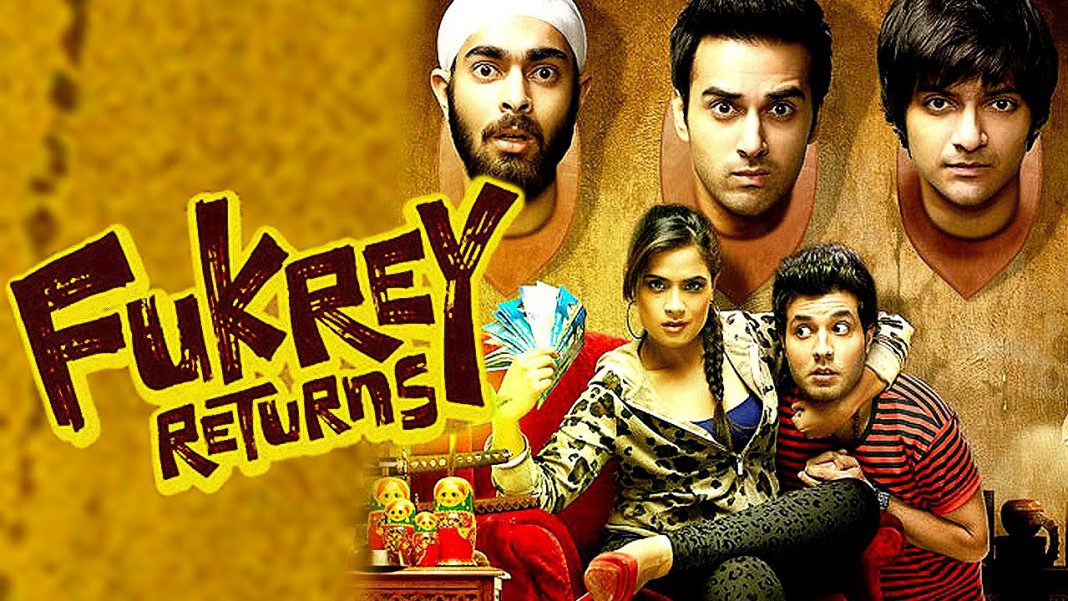 Varun Dhawan shared a funny video on his social media page where he is seen dancing on the tunes of song  ‘Tu Mera Bhai Nahi Hai’ from the film Fukrey Returns. He is dancing with Fukrey Honey and Chucha on the hook step of the song and trying to match the steps. Varun Dhawan and Varun Sharma earlier work in the film Dilwale and shared a great bonding after that.

‘Tu Mera Bhai Nahi Hai’ shows the friendship between the boys and the line is used by most of the boys in India. The song is Bromance between Honey and Chucha and the actors take  the craziness to the next level in the film. The trailer of the film is loved by the people and it becomes one of the eagerly awaited films and perfect farewell to 2017.

The first part was a big hit and now by the raves the second part will prove to be even bigger. With it fun element the eagerly awaiting Fukrey Returns will hit the screens on 8th December.