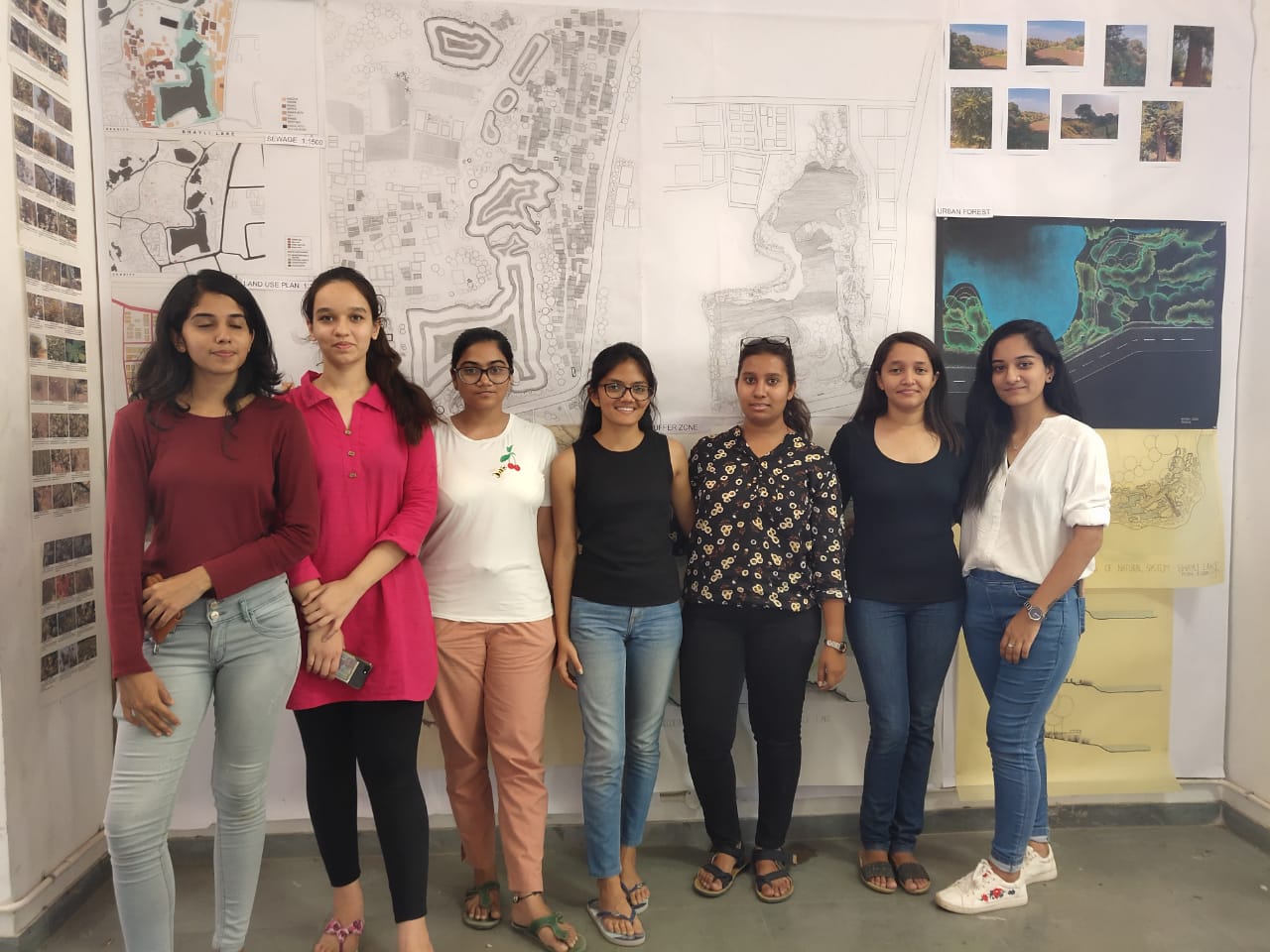 Proposed designs and futuristic use in their annual display

Vadodara is a city known for its culture and heritage value. However due to negligence the structures are now abandoned and lost their relevance with time. There is a serious need to revive the structures by using latest technologies and support the smart city concept of the government.

'The Spring Semester 2019' focuses on the city’s vanishing heritage structures and lakes.

The students of Architecture, design and landscape works on the proposed structures and future use of some of the heritage buildings and lakes of Vadodara city. As part of B. Design studios, students have addressed this issue of reinstating relevance of such heritage structures and as an example documented the railway salon shed and proposed a collaborative learning centre for the city of Vadodara. This centre would have exhibition spaces, co-working spaces and workshop areas.

In another of the work the students have proposed and designed a corporate office space for the crumbling Bhadra Kacheri. As part of exposing students to craft traditions, students attended intensive Workshops on traditional wood turning and lacquer crafts of Gujarat conducted by craftsmen from Dholkaand and they then designed products by using traditional techniques.

Vadodara city also has a unique history of historical lakes situated in all corners. However the expanded city limits make the lakes no longer considered sources of usable water and many of these are shrinking because their catchment areas are drastically affected due to urban development and pollution.

The students of B. Landscape have proposed development of Bhayli Lake addressing the issues and attempted to find new relevance for this lake in the future Urban environment. They also studies a new Jambuva lake and found a good balance of flora and fauna there. They also able to find nearly 10 species of birds there which is a good option for a ecological site.

The students of B.Arch engaged with design of ecological and environmental sensitive sites of Diu, Dholavira in Kutch and in city the Vishwamitri Sub-stream along the Fine Arts Faculty in the MSU campus. They took Green Design/ Deconstruction/ Phenomenology as design approaches to solve respective site and conceptual problems. Some students examined the process of setting up an early years learning school both as a conceptual and built problem through the method of Diagramming as a design tool.

A very interesting project was exploring the collective cognitive memory of the city of Delhi as a research-based exploration. Student projects have also looked into the chaotic nature of Indian cities in an abstract representation using established vocabulary of urban terms.