Vadodara was filled with Josh through inspiring Talks &#038; Uncommon Stories of common people

Josh Talks, in collaboration with Facebook, hosted their eighth event of the year on the 18th of November at MSU BBA, Vadodara. The day-long programme cut across genres and brought forth inspiring narratives by entrepreneurs and change makers. The idea about the event is to inspire the youth of the country with impactful life stories. “It wasstarted two […] 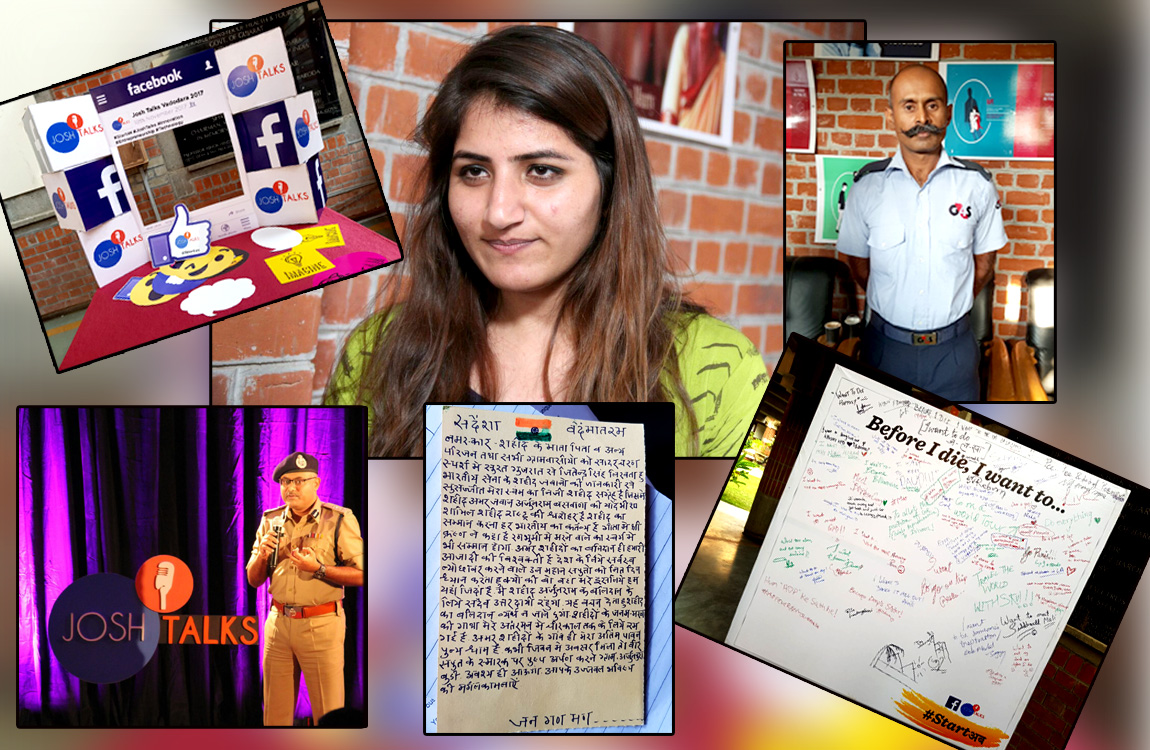 Josh Talks, in collaboration with Facebook, hosted their eighth event of the year on the 18th of November at MSU BBA, Vadodara. The day-long programme cut across genres and brought forth inspiring narratives by entrepreneurs and change makers.

The idea about the event is to inspire the youth of the country with impactful life stories. “It wasstarted two years ago by Shobhit Banga and Supriya Paul and this year in Vadodara it’s our eighth event. In collaboration with Facebook we started the initiative to inspire the youth of the country who wants to do something but somehow hesitate to start. We target small cities now to get in touch with more youth and inspire them by inviting speakers from all areas to motivate them with their inspirational stories and narratives. Facebook once said there is job deficit in India and Josh Talks is a platform to bring the youth at a place where he get inspired and materialise his or her own ideas into reality. Our slogan is also Start Ab and that’s what we want to tell them,” said Jyotsna Kalra Head of the event. 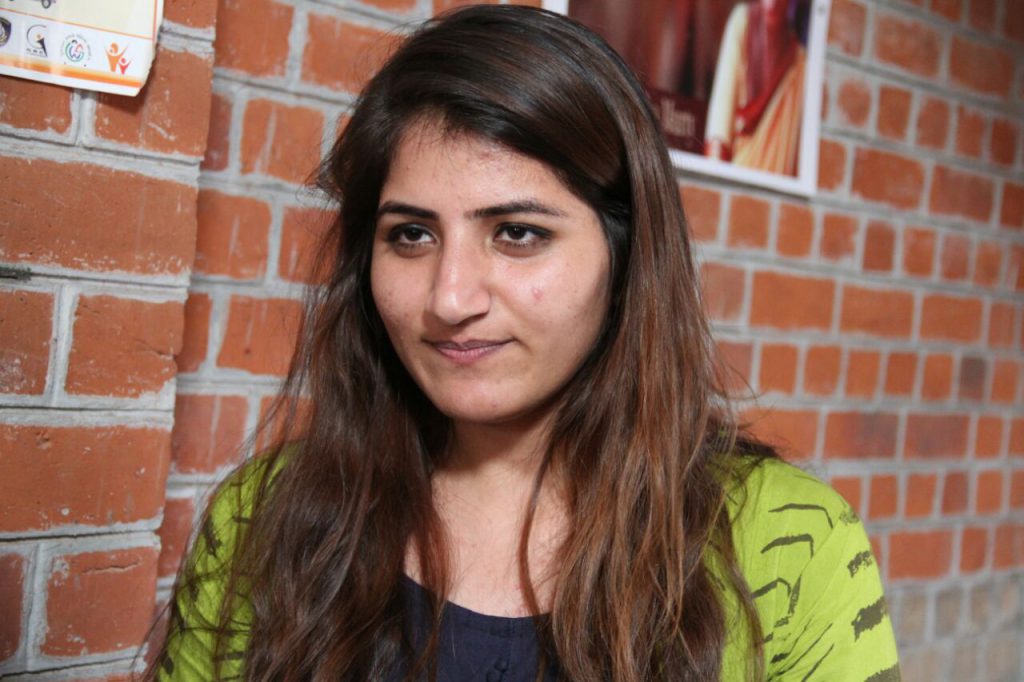 Women’s health is a neglected issue. Menstrual hygiene, especially, is never talked about. Swati Bedekar, the secretary of Vatsalya Foundation, aims to change that. The social worker discussed how she’s made menstruation more hygienic and profitable for rural women.

Viral comedian Aariz Saiyed used humour to clear misconceptions and stereotypes about Muslims. He had all the spectators in splits.

Jitendra Singh, an ordinary security officer from Rajasthan, has been serving the nation in his own unique way. The 37-year-old who has spent 17 years writing 4,000 letters to families of Indian army martyrs revealed the reason behind his noble endeavour. The genuineness with which he delivered his story was extremely moving. “I am an ordinary security guard in Surat and doint the service for the last 17 years reaching more than 4000 families of Indian Army martyrs. I failed to join the Army due to height factor but one incident shook me from inside and I started to send letters to the martyr families. This is my way to serve the nation and I wish my son will some day join the army and fulfils my dream,” said Jitendra Singh.Engineer turned comedian Chirayu Mistry has transformed the Gujarati web content scene. Recently named as one of the top 10 Gujarati entertainers to follow on social media— he shared his experience as a stand up artist. His high energy performance had the audience in rapt attention.

There was no electricity, no water system and law and order were almost out of control in Punsari village when Himanshu Patel joined as a Sarpanch in 2006. The young sarpanch’s efforts have changed the face of the village in the past few years.

Pratik Sinha quit a career in software to devote all his resources to an honest unbiased news company that he believes is the need of the hour. He shared his views on fake news and his organisation’s efforts to bust them.

Young entrepreneur Harish Iyer has founded an app by the name of Flinnt which has made the lives of 30K students across 40 institutions easier. He stressed upon the urgent need of education reform in India.

As someone who went from being a homemaker to a writer and now an entrepreneur, RakshaBharadia had some solid advice for those wanting to take up writing as a career. The founder of Bonobology, a website on couple relationships, shared the inspiration behind her innovative startup and how it gels with her writer persona.Braveheart BhupendraTripathi crossed various life-transforming hurdles like paralysis, cancer and blindness to become an RBI Manager. The biggest takeaway from Mr. Tripathi’s talk was that tough times never last, tough people do. 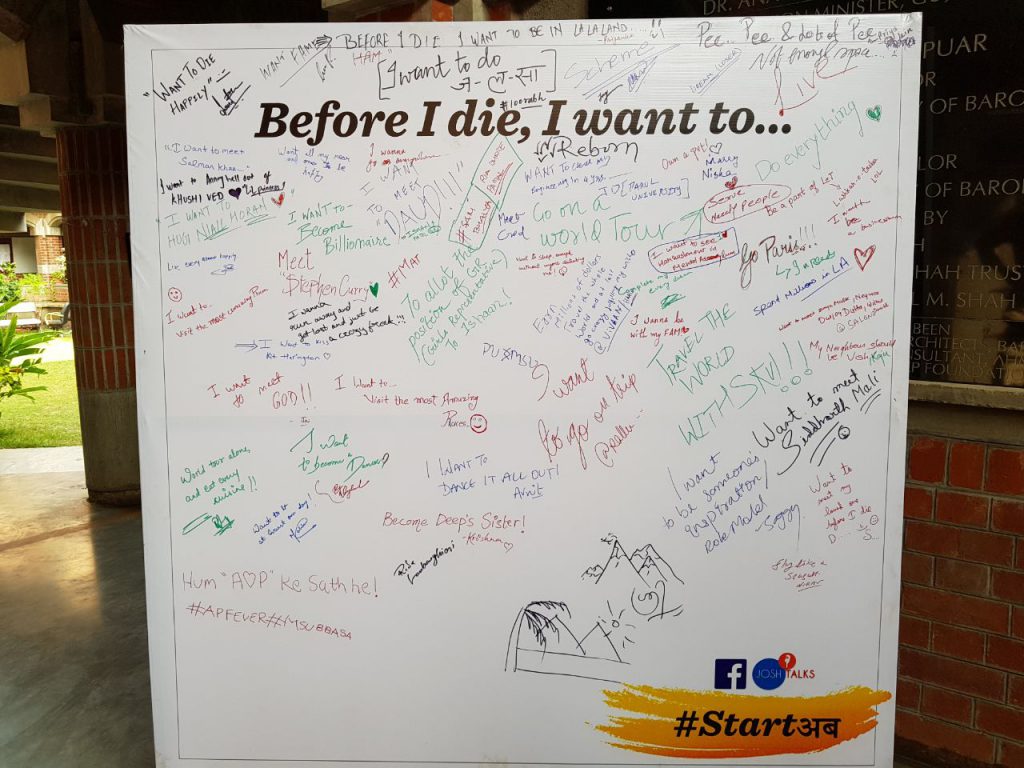 Criminologist MeghnaSahu has solved 7000+ criminal defense cases with 17 years of experience on her side. Her extraordinary life story impressed everybody in the audience.

Entrepreneur HunnyBhagchandani has replaced traditional canes with Torch-It with a vision to lead 285 million blind Indians out of the darkness into the light. He was applauded for pursuing a noble cause.

Apart from all, Vadodara police commissioner Manoj Shashidhar interacted with the youth and tried to connect with them. “We always want to reach out to new segment and directly engage with people to let them know what police force exactly do for the society. Everyone knows about the capabilities of the armed forces but when it comes to the internal security the police also are capable and that is what the people should know. One always criticise the police which is necessary but also a word of appreciation for their good work can boost their confidence. The youth is the future of the country and we want to tap the group,” said Shashidhar known for his good initiatives to reach maximum people. 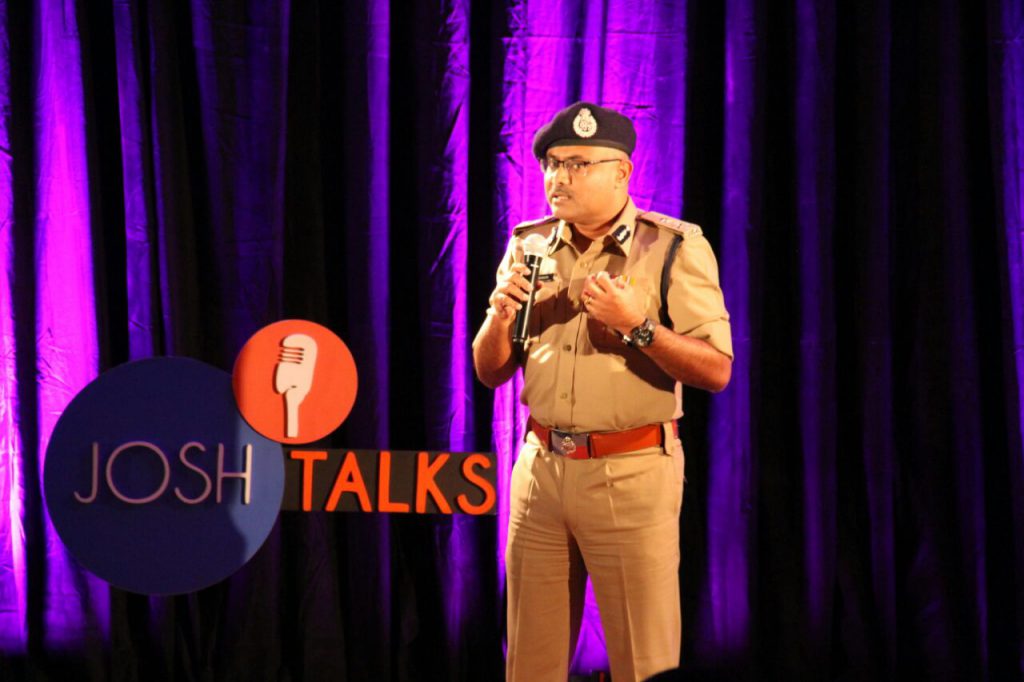 Josh Talks Vadodara 2017 presented several intriguing stories that were of major relevance to the youth of today.