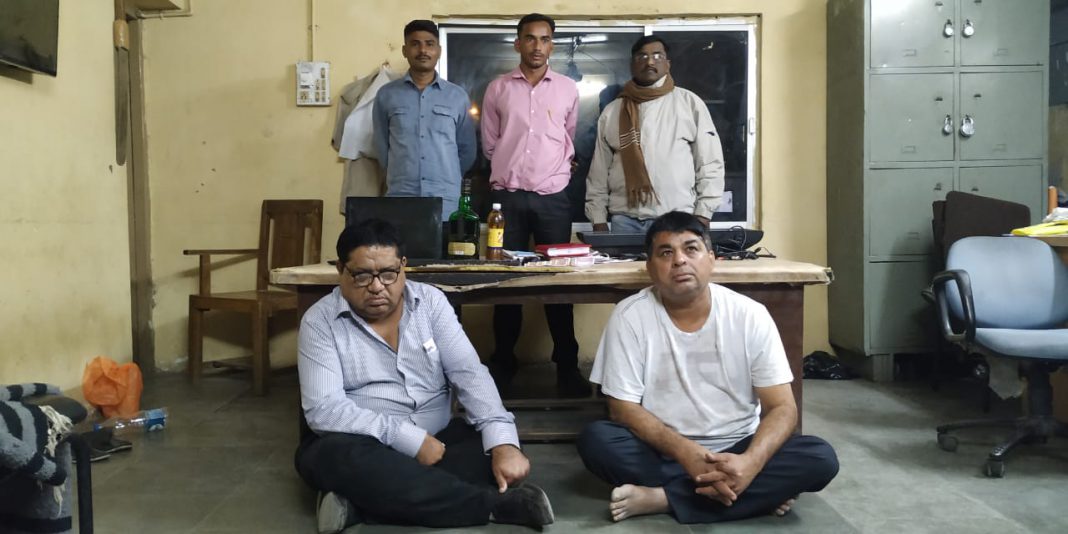 Put money on the Big Bash tournament playing in Australia

Vadodara Warasiya police surveillance squad arrested two for cricket betting on the recently playing Big Bash tournament in Australia. The team caught the two for putting their money on the toss and the session about to start between the two teams.

Based on the information the team raid inside 102 Lakshya Avenue near old RTO at Warasiya and caught Mahesh alias Gali Chandulal Kotwani and Satish Tekchand Gelani for betting. They both put the money on the match between Adelaide Strikers and Hobart Hurricanes in the Big Bash tournament playing in Australia. The accused was about to bet on the toss and the session about to start between the two teams.

During the raid the police caught the accused with 42721 cash, four mobiles, laptop, LED Tv, Set top box, calculator, two wheeler and two liquor bottles from the spot. Both the accused are booked under gambling and prohibition in Warasiya police station.