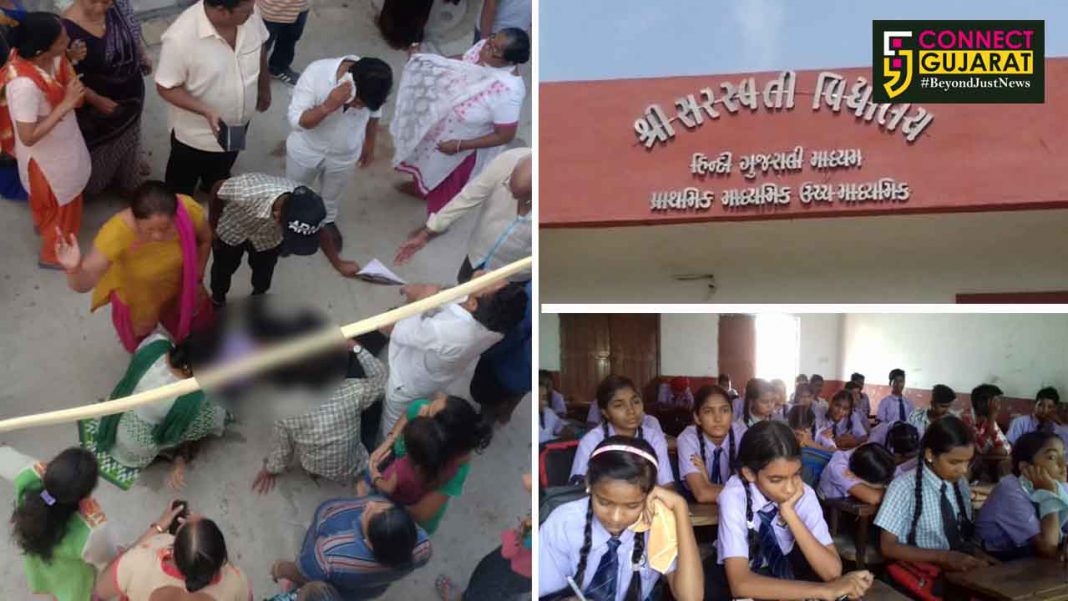 Residing in Jai Narayan Nagar on Dabhoi road the girl is studying in 9th standard of Shree Saraswati school and jumped from the terrace in the lunch time on Thursday. The incident shocked the other students as she jumped from the terrace and fell down with a thud. The seriously injured girl was shifted to the hospital immediately and attended by the on duty doctors.

Her colleagues said she was under tension since morning after arriving in school. While asking the reason she told about having an affair with someone and his brother and his wife threaten to kill her.

She then took a phone from another student and tried to call someone but it was not connected and she jumped from the terrace.

As she fell down the students and teachers gathered at the spot along with the society residents.

Her parents also rushed to the school after the message and took her to nearby hospital for treatment. The student was treated for grevious injuries after she fell.

Primary principal of the school Surekhaben said the student named Gungun Pathak jumped from the terrace and the reason for the step was not immediately known. They have also prohibited mobile phones inside school for everyone even for the teachers.