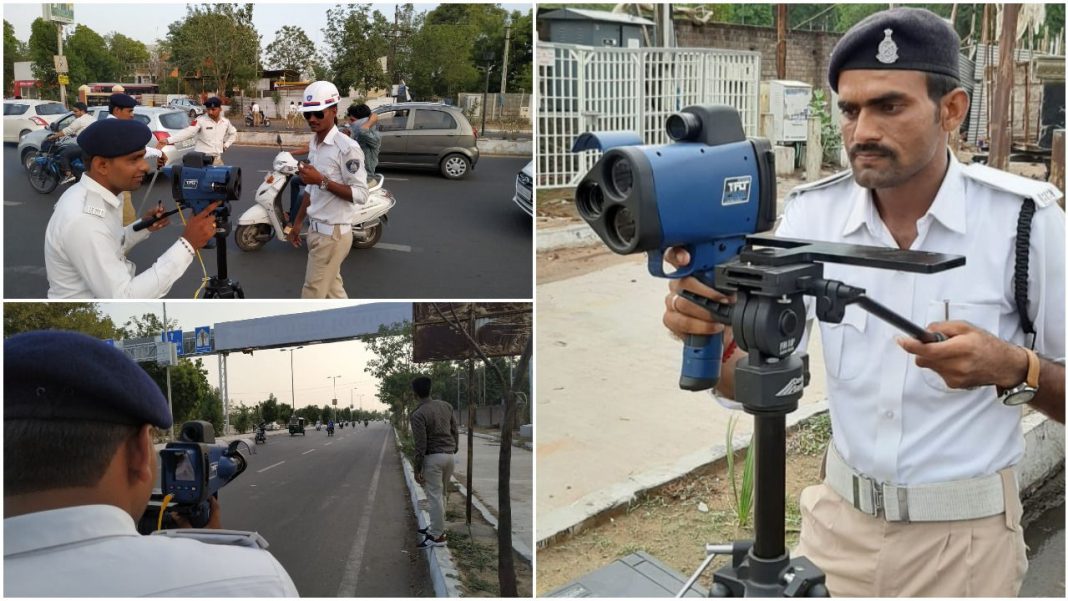 Now one has to pay fine of Rs. 400 for Speeding in city area as Vadodara traffic police is initiating a unique campaign to fine people violating the limits. As per the notification issued by police commissioner the speed limits of the vehicles are now limited based on the city and national highway. The traffic department will keep the hawk eye through speed gun on the drivers.

As per the notification issued by Vadodara police commissioner Anupam Sinh Gahlaut, the speeding vehicles on city roads are dangerous for the people and can cause fatal injuries. In view of that police limits the speed of vehicles on city roads and will check the over speeding ones with the help of Speed Guns at identified locations. The over speeding drivers will be identified with the help of Speed Guns and will be penalised by the traffic department. The speed limit of vehicles is also decided in city and highway areas.