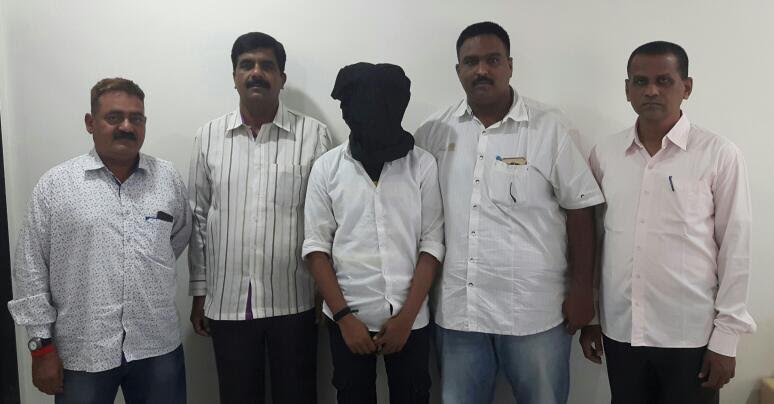 Vadodara SOG team on Sunday arrested a wanted accused from Akota area of the city. The accused Salman Garasiya wanted in attempt to murder and many other offences is avoiding arrest for the last one and half months. The SOG team based on the tip arrested the accused from near the Akota garden.

On 27th February 2017 the accused along with his other associates attacked one Naresh abusing him. While the brother of Naresh and complainant in the case Mehul Bharwad was taking back his brother the accused attacked with swords and other weapons the uncle of them Oghad Bhai Bharwad and brother Suresh Bharwad. The accused then threatened them and ran away from there.