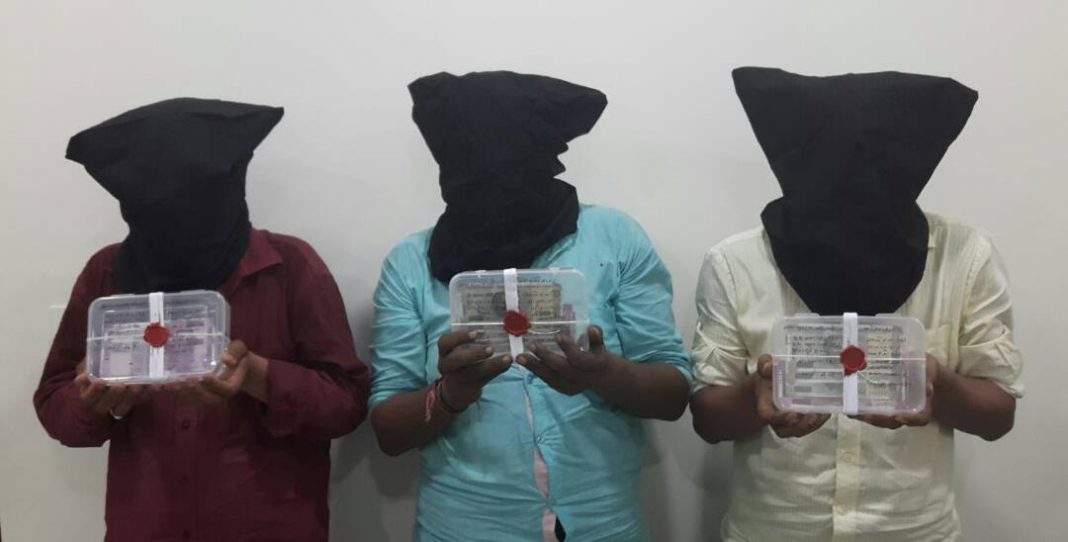 Vadodara SOG team based on the input caught three persons with duplicate currency from Vadodara city on Friday evening. The accused are running the racket behind the shield of selling antique items and lured people promising them to double their money. Among the accused one of them is retired employee of Bharuch Corporation and the other two works as bank loan consultants.

During routine patrolling the SOG team received the tip about the trio Babu Solanki from Bharuch, Ketan Pandya from Manjalpur Baroda and Jigar Pandya from OP road Baroda were standing at the Kamatibaug gate no 2 with duplicate currency in their possession. The team reached the spot and caught all of them and recovered duplicate currency from them. As per the details the trio met around one year ago and planned to work in syndicate. Their Modus operandi is to pretend selling antique items but in real they lured people promising them to double their money and then exchanged their duplicate currency with the real one from them. The police recovered 13,000 duplicate notes with the denomination of 2000 and 500 from them along with one 50 rs note of Bangladeshi currency. The team also recovered cheques of different banks worth 50,000 from them.