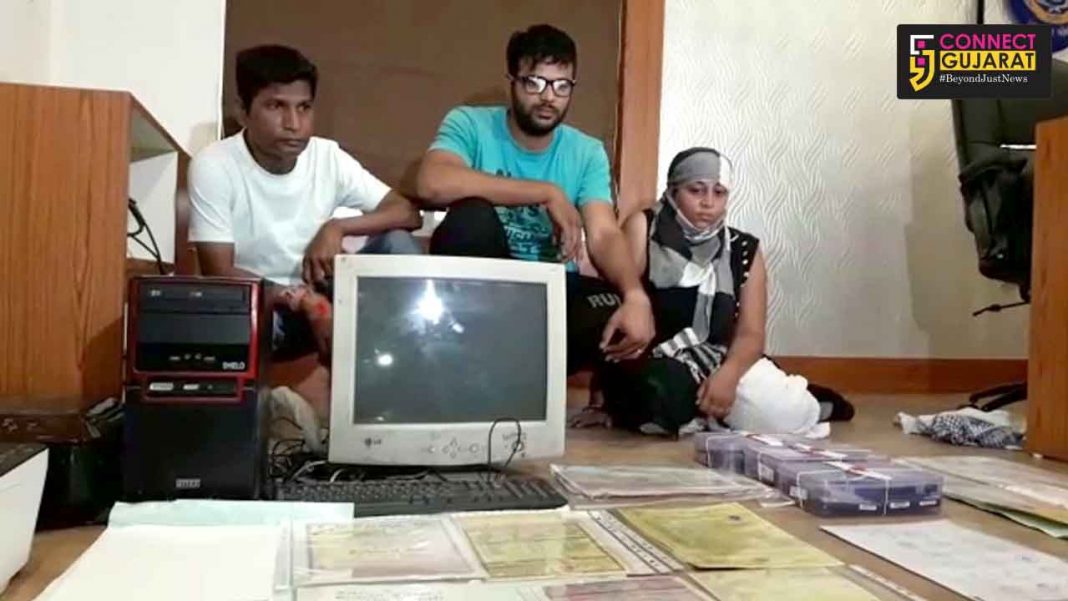 Congress active member comes out as kingpin of the crime

Vadodara SOG busted a gang involved in making duplicate marksheets and school leaving certificates of GSEB, M.S. University, Gujarat University and other institutes. One Congress active member was arrested by the police along with two others including one female. The team recovered 41 marksheets, five certificates and other documents from them.

As per the details the SOG team received a information about one Bhurisha Patel resident of Param Residency on Atladara road charge 25,000 rupees per student to make marksheets and school leaving certificates. The team arrested her and during interrogation she revealed to be getting the certificates from one Mukesh Parmar resident of New Sama road.

Based on that the team arrested Mukesh Parmar from his house and after searching found 41 marksheets, five certificates, 37 rubber stamps, computer, printer, pen drive from there. Mukesh Parmar is said to be active member of Vadodara Congress and often seen with the senior leaders and members of the party in various programmes.

Police also arrested the third associate agent Pinakin Rawal and search is on to nab the others after the interrogation of the trio. SOG Incharge PI H.M. Chauhan said the trio was involved in making duplicate marksheets of GSEB, MSU Baroda, Gujarat university and other institutes after charging fees from the needy students.  The team recovered stamps of educational institutes of Vadodara, Ahmedabad, Surat, Rajkot and various other cities from the house of Mukesh Parmar. They are involved in running the racket for last two years and charge 25,000 per marksheet from the students. Bhushira Patel is Commerce graduate and Mukesh Parmar is studying in last year of LLB.