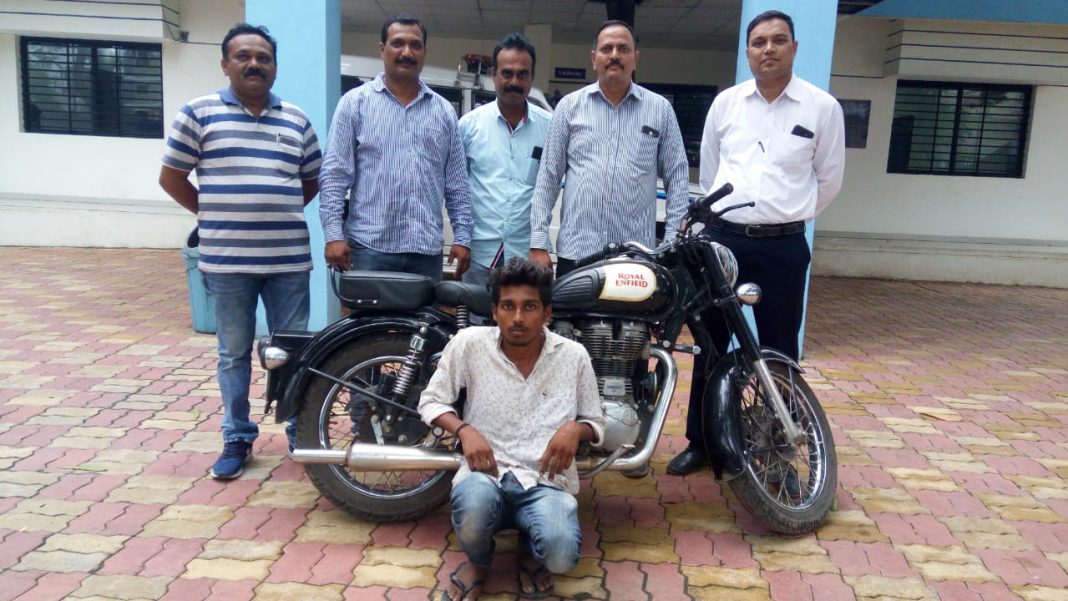 Vadodara SOG arrested one youth for lifting bullet after inspired by theft video on social media. He lifted the bike from Alkapuri area and kept it with him and drive in his locality. The team received the tip about one suspicious without number plate bullet with broken head lamp use by one youth residing in hut near Badamdi Baug. They reached the spot and arrested Vipul Vasava along with the bullet from near Bhathuji temple on Gadapura road.

During interrogation he said to be lifted the bullet 350 classic model from Shree Radhe Apartment behind Alkapuri Haveli one and half months ago. He watched the video on social media about how to break the lock and inspired by that lifted the bike after start the ignition with directly joined the wires. The theft report was also reported in Gotri police station. The SOG booked and handover him to Gotri police station for further investigation.

The accused further revealed that he originally hails from Surat and moves to Vadodara on 2012 and first built the hut in front of Sayajinagar Gruh. Later he shifted to Badamdi Baug area and presently live their with his family.

Inspired by the video on social media he already lifted four vehicles using the same technique before the Bullet theft and left them at different places after drove them. The bikes include Bajaj Pulsar 180 lifted from Lulla classes Malhar point, Gixer from under construction building near Gotri Talav, Bullet from tution classes behind Shivajipuri and old bullet from Shivajipuri slums.