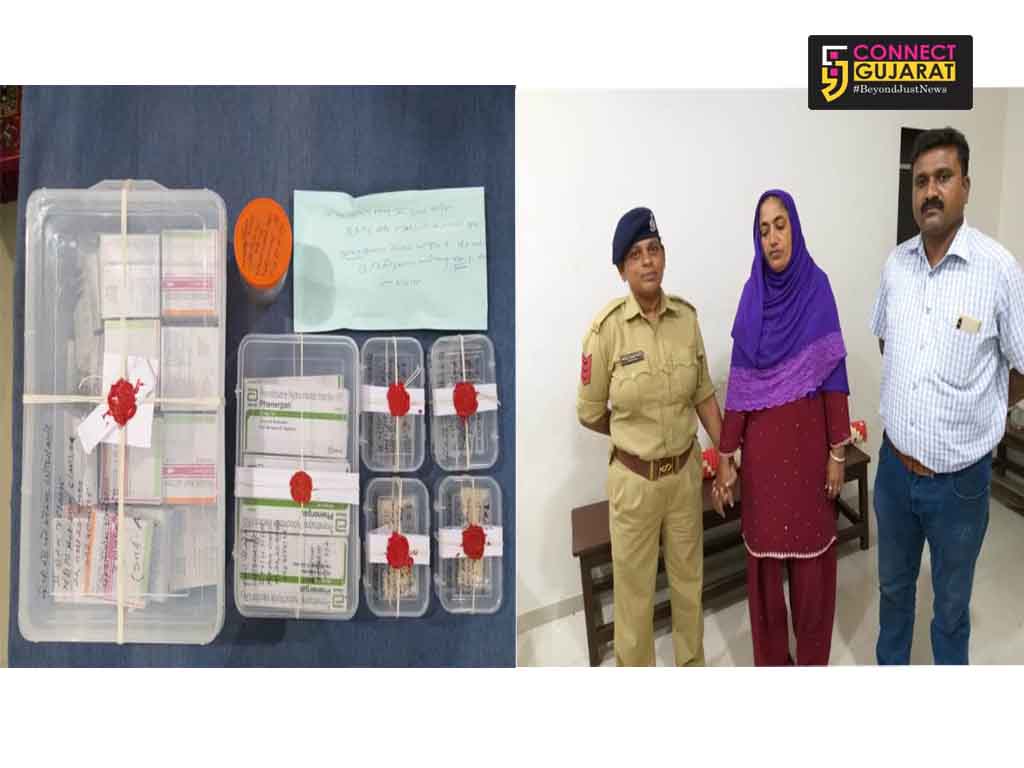 recovered H-1 Pentazocine injections and Methamphetamine powder from her

Vadodara SOG arrested one woman with Schedule H-1 drugs Pentazocine Injection and Methamphetamine powder. The team based on the information raid the house in Tandalja area and arrested the accused with the drugs she stocked for selling.

The team received the information about one woman named Nashim Nazirbhai Patel residing in D 50 Mariam Park society in Tandalja and selling drugs from her house. She used to sell single injection for 200 and powder for 500 to the customers. The team then raid the spot and recovered 370 injections of H-1 drugs Pentazocine Fortwin and 8 grams Methamphetamine powder from her possession.

During primary investigation she accepted to get the drugs from one Imtiyaz Jummasha Diwan and selling it from her house by charging 200 for injection and 2000 for one gram powder. Police registered the case against her and the drug supplier in JP police station.

The woman is resident of Masar road village in Padra and lives here in the rented house for the last three years. She lost her husband two years ago and also runs a shop at Parashuram Bhatta. She is into drugs business in last five months and selling it from her house.