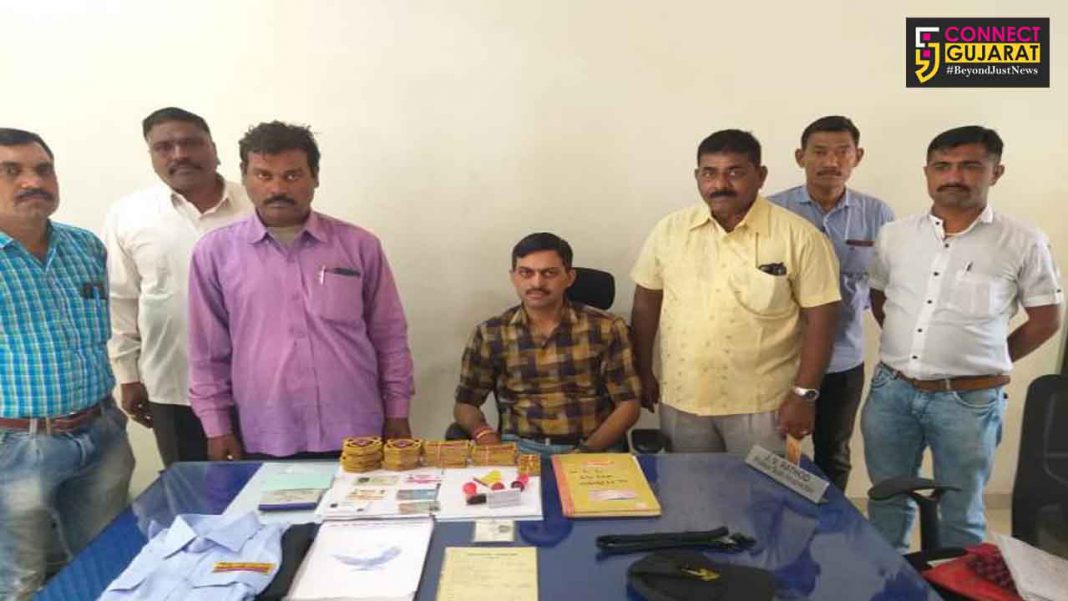 Recovered duplicate stamps, letters and other materials from his procession

Vadodara SOG arrested one accused for running a security agency without any valid licence. The team received the tip about one Lalit prasad Ramjatan Mahato running a ‘Make Way’ named security agency without having any valid licence. With the help of duplicate stamps, letter heads, identity cards and uniform logos he kept the guards at different places and running the agency illegally.

The team also received the tip about his presence at security cabin of Asopalav Club apartment at Kalali road. The team reached there and caught Lalit Mahato resident of Bihar and presently lives in Padra from the spot.

During interrogation he accepted to be running the Make Way security agency without licence. The team seized Pan Card, Adhar Card and driving licence where he typed his surname as Patel instead of Mahato which clearly indicates as duplicated.

Originally from Bihar he lives in Vadodara for the last 19 years and running the agency for the last four months having seven persons working with him. During the raid the police team seized bogus Pan card, driving licence, rubber stamps, letter pad from him. A matter is also registered in Manjalpur police station under IPC 419, 465, 468, 471 and Private Security act 2005 section 20(1) against Mahato.