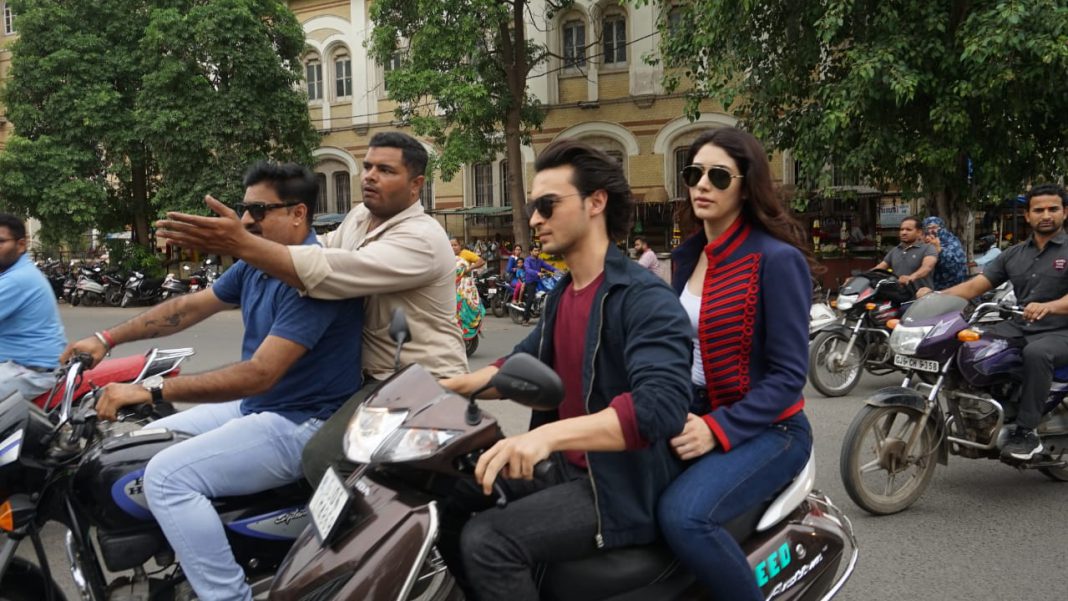 Showed black flags to the team as they arrived in city

Vadodara Shivsena protest against the film Loveratri as the main lead and stars arrived in the city for the first song launch. The members showed black flags to the team as they arrived at the airport and head towards their schedule in the city. They are demanding a name change for the movie as it hurts the sentiments of the people. 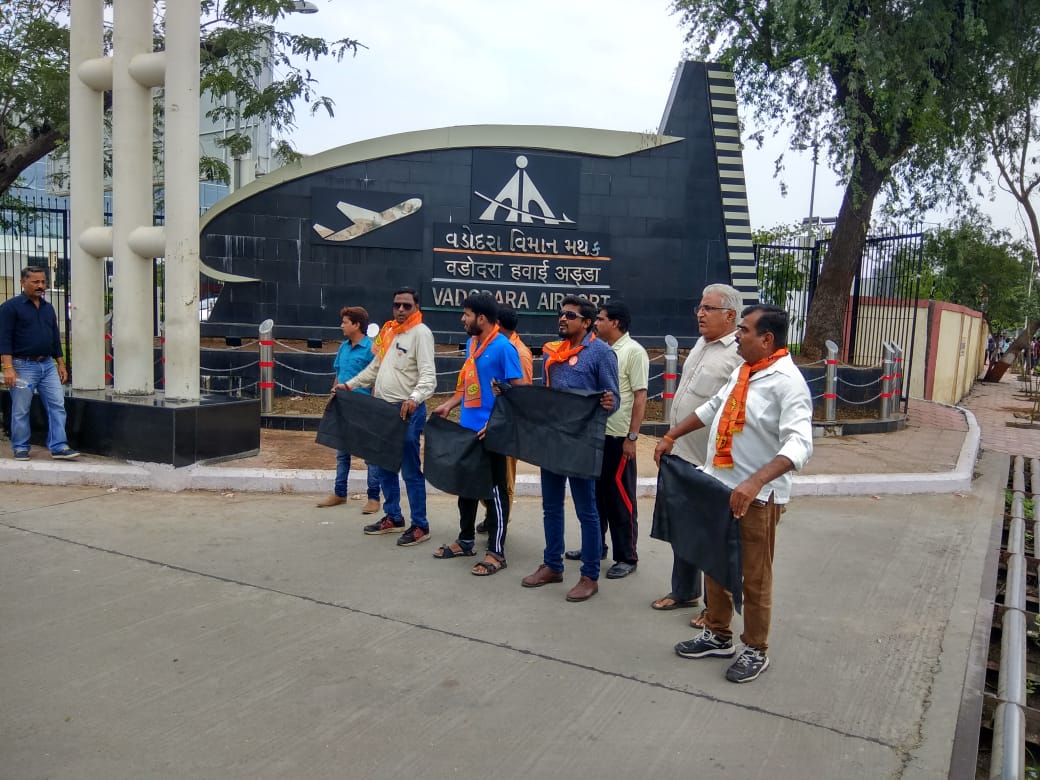 Ayush Sharma and Warina Hussain starrer Salman Khan production film Loveratri is in the eye of storm during their shooting in Gujarat. The film is based on the love story developed during the festival of Navratri and maximum shooting is done in the state. However various outfits raised their protest against the name and demand for a change as it hurts the religious sentiments. 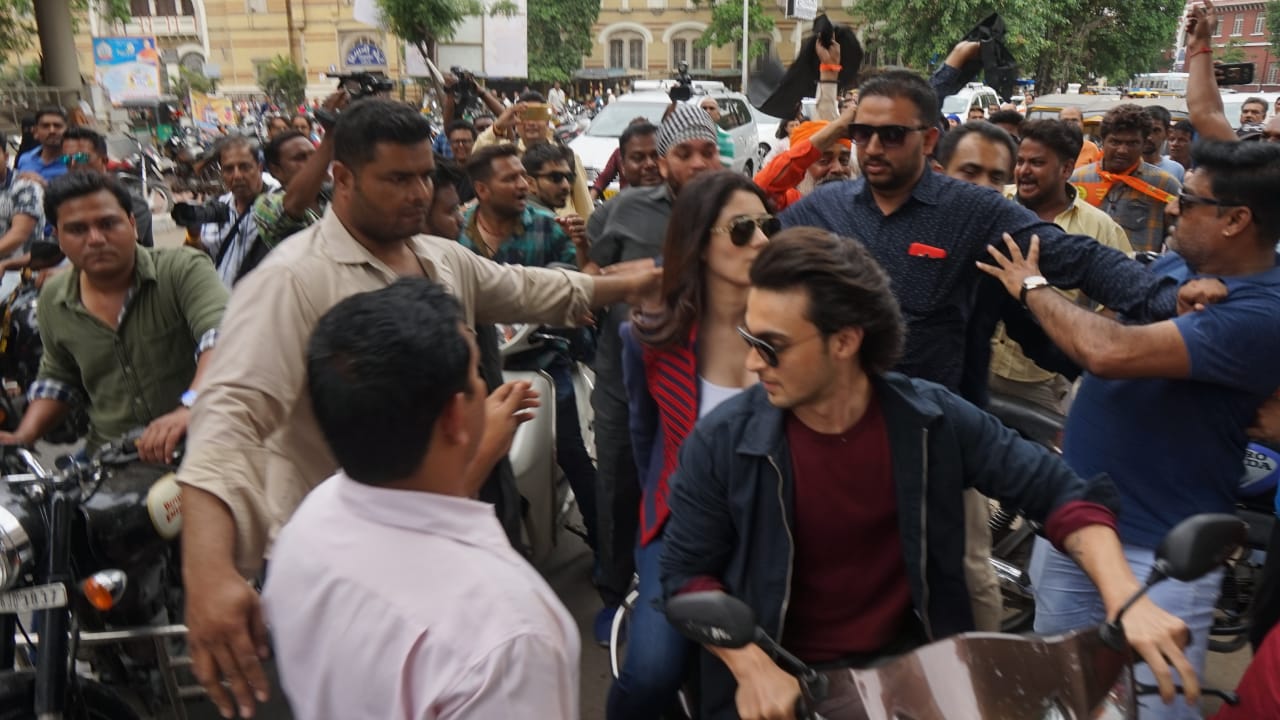 During the shooting the outfits tried to stop the shooting and demand to change the name of the film. However the name is still unchanged and after the trailer the first song of the film is scheduled to release in Vadodara and the outfits raised their protest on Monday as the film stars and crew arrived in the city.

Shivsena showed black flags to the stars as they went out on a activa for the promotion of the film.