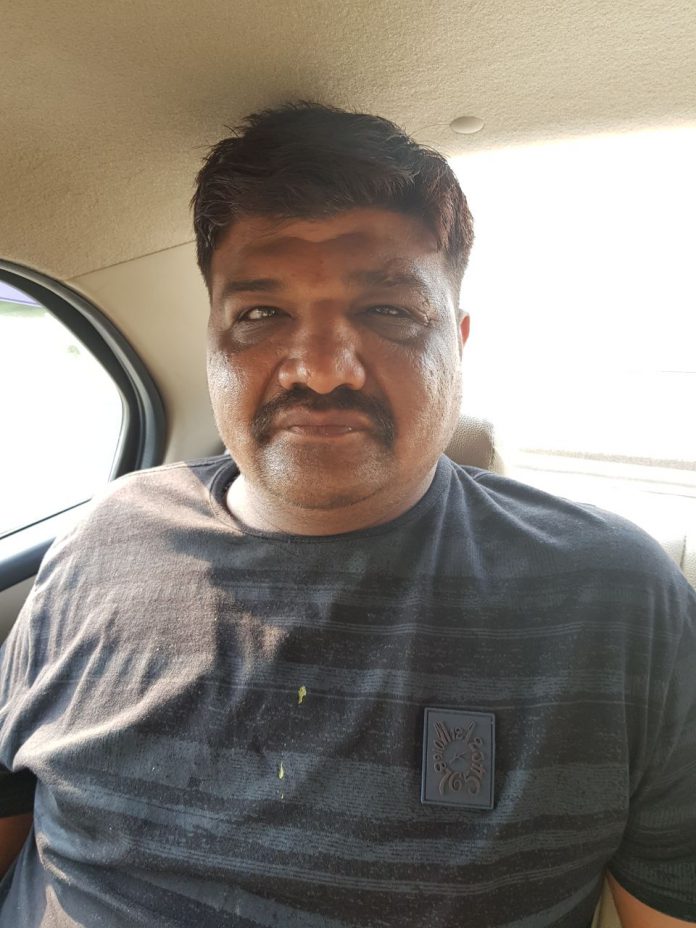 Vadodara rural SOG arrested listed prohibition accused from Mehsana Gandhinagar highway. The accused Pradeep Thakkar was wanted and having 50 and more cases against him.

As per the details Pradeep Thakkar residing in Vadodara is notorious criminal and wanted in prohibition case. The police recieved the tip about him residing in Mehsana now and was to visit at Gandhinagar court with his friend who has hearing on the day.

The police based on the information the police after a chase caught the accused Pradeep Thakkar from Mehsana Gandhinagar highway and bring him to Vadodara.

The accused has a criminal background with various cases registered against him. In Waghodia he has cases of prohibition and in Shinor he has a case of attempt to murder. Pradeep accepted to be involved in both the matters. He is active from 1997 and having 50 or more cases of prohibition registered against him in Vadodara rural and Anand district. He also served PASA for not once but 14 times.