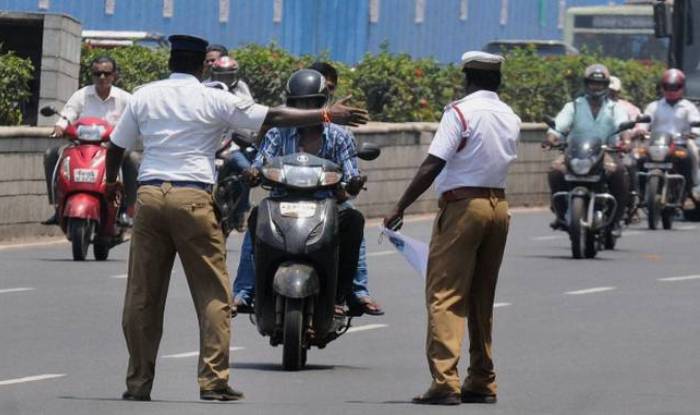 Police proposed to suspend 225 licences of rash and dangerous drivers

In a recent development during the meeting of Road Safety Committee the RTO department suspends the licence of 210 driver for three to six months. Vadodara police proposed to suspend 225 licences of rash and dangerous drivers in the city in view of the road accidents in the last year.

In the city road safety council meeting on Wednesday the city police commissioner Anupam Sinh Gahlaut appealed to cancel the licences of habitual offenders and review the measures taken by the RTO and the other agencies.

RTO Dhiren Pandya said they received the request to cancel the licences of 225 drivers involved in accidents, over speeding, wrong side driving by the city traffic department.
Based on motor vehicles act they suspend 215 licences and 10 of them are under process.

He also appreciated the police commissioner proposal for cancelling the licences of the habitual offenders. The commissioner also said to be taking action as per the new laws against the people not having proper licence.

A proposal was also made to improve the overbridge design near Dumad crossing and remove the encroachments from the spot with the help of police team.

Pandya said due to the strict observation of traffic rules by the department the road accidents decreased in one year time compare to the last year.

Committee member Satyen Kulabhkar gives the blue print of the road safety week going to be held from 4 to 10 February. He also briefed about the programmes and road safety carnival during the week.

Discussions of giving badges to Autorickshaw drivers as per court orders, action against overload and uncovered trucks plying on roads, campaign for use of reflectors and radium strips to stop accidents are some of the points highlighted in the meeting.

RTO show their readiness to provide licences to the students in the campus if provided the internet the computer facilities by the educational institutes. Such camp will be organised in the MSU during he road safety week celebrations.