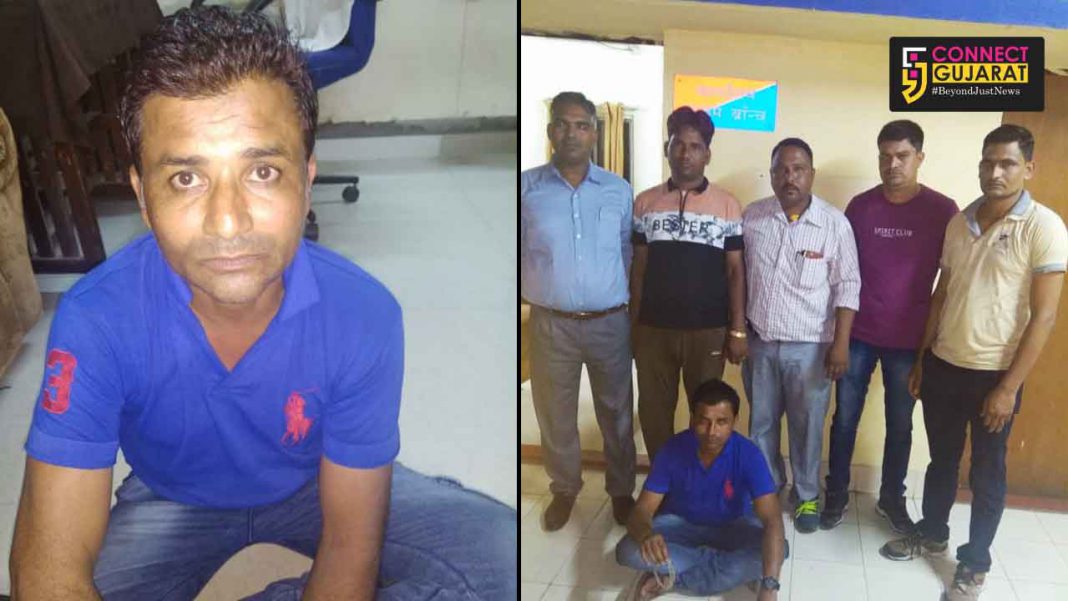 board the train without ticket from Nadiad

Vadodara RPF caught a person with silver anklet worth around 3000rs which he stolen from a lady passenger. The accused was without ticket and board the train from Nadiad.

As per the details the crime wing of the RPF Vadodara detected an outsider with suspicious activity while he was getting down from a train. The person named Vinod manu bhai Talpada, 40 resident of Patel falia, Nadiad was getting down from side of S-10 coach of 14707 Ranakpur exp at Vadodara Stn at PF number 02.

During investigation the team found 01 piece of Silver anklet weigh around 80 gms worth 3000 rs in his possession. On enquiry he disclosed that it was stolen by him from the leg of a sleeping lady passenger named Madhu w/o Sunil Sablania, age 25 yrs resident Medta city -Rajasthan travelling in S-10 coach. She was sleeping at berth number 13 travelling from medta city to Bandra.

The person was travelling without ticket and  boarded the train in same coach from Nadiad station and tried to sleep nearby the seat of Victim lady. The accused & Complainant with the recovered items was handed over to GRP Vadodara for further legal action.