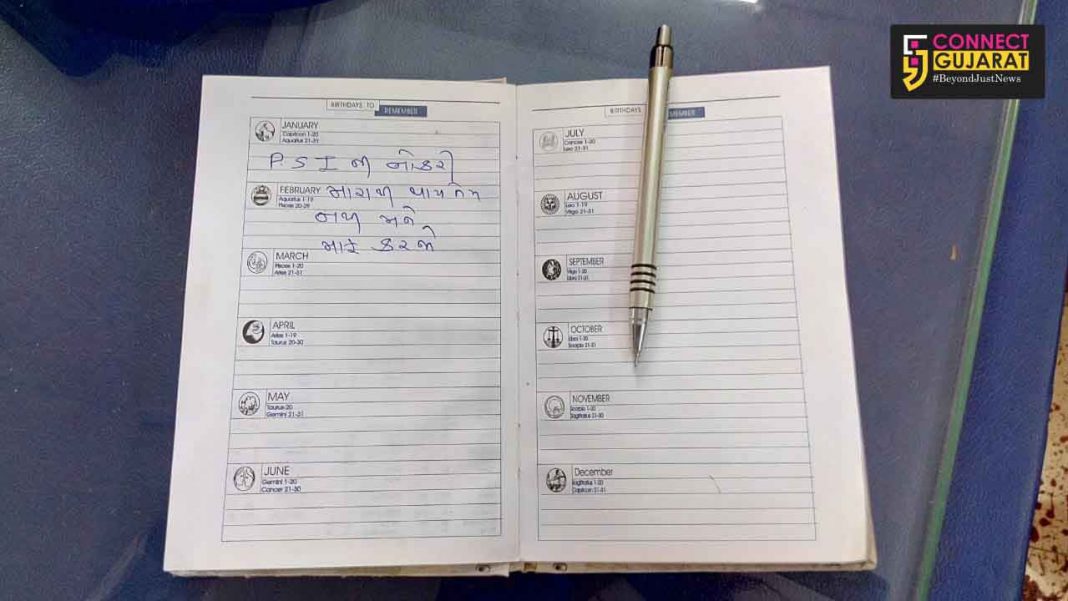 A police sub inspector of Sayajigunj police station in Vadodara committed suicide with his service revolver early morning on Sunday. The incident shocked everyone as he is considered to be a brilliant officer. He also left a suicide note where he said to be not able to continue his job as PSI and apologise.

As per the primary details S.S. Jadeja shoot himself with his service revolver inside the Alkapuri chowki comes under Sayajigunj police station. The reason for such extreme step is yet to clear but the PSI left behind a note written in a dairy where he apologise and said not be able to continue his job as PSI now.

Top police officials reached the spot after the incident and began investigation in the matter. The incident left everyone in shock as the Jadeja is considered to be a brilliant officer and came here from Rajkot. As per the sources he is transferred to crime branch recently.

“It’s really shocking for us also as he is very brilliant and laborious officer. Earlier in January he sit and cleared the PSI exam from head constable and transferred here. Just few days ago he was transferred to crime branch and worked brilliantly in the recently formed chain snatching squad. He was very happy and shared it with his friends and colleagues. We lost such a brilliant and hardworking jawan and trying to get inside the reason of such an extreme step. We are sending his phone to the FSL as it is locked and try to know whom he called last,” said Anupam Singh Gehlot Police commissioner Vadodara.