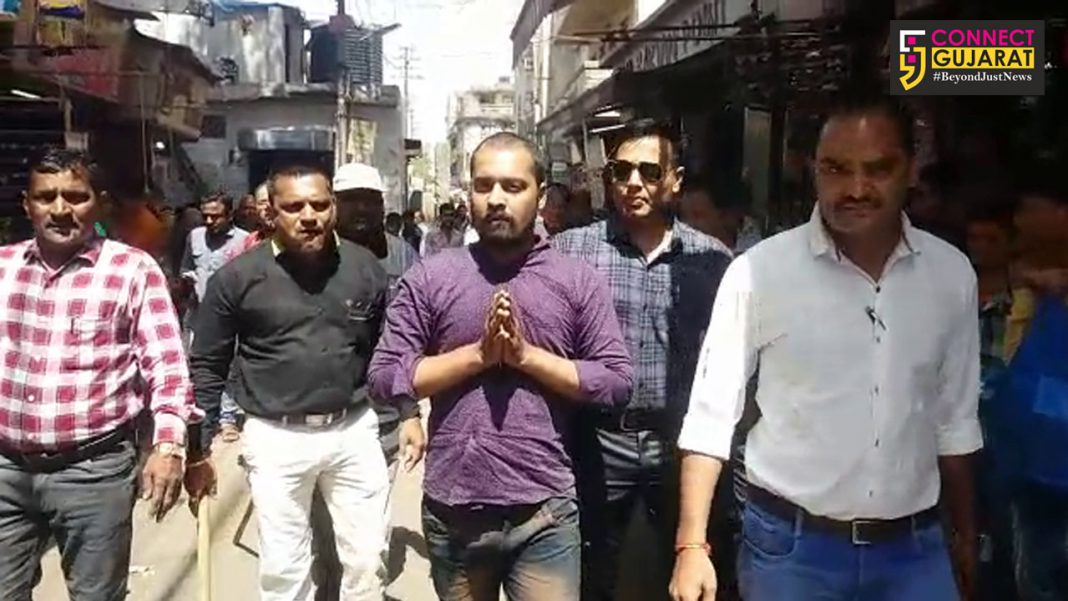 Vadodara police took out a procession of main conspirator of the gang involved in extort money form the businessmen. A video went viral where the accused was seen apologising to the locals.

Atul Tailor is having a cycle puncture shop in Kalamandir Khancha in the city. On Friday night he along with his wife was in the shop when Pandya brothers Samir alias Bunty Ashok Pandya, Chirag Ashok Pandya and their associates entered inside with weapons. They beat the couple over old enimity and fled from the spot after issue a warning to kill them.

Various offences of money extortion from the businessmen inside Mangal Bazaar is registered against them along with beating them and damage their shops. On Friday one more offence was registered and based on that police arrested the main conspirator Chirag Pandya.

Karelibaug police on Saturday took out the procession of the gang leader where he is seen apologising to everyone by holding ears and folding hands. People rushed to the spot as he was walking inside Mangal bazzar and apologised. A video about the same also went viral.