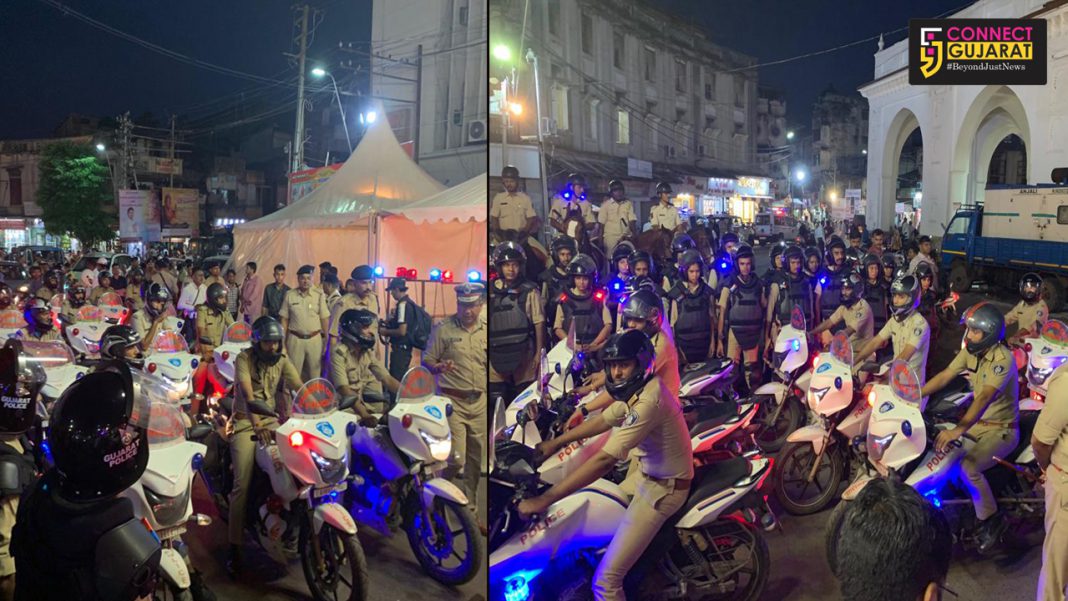 Vadodara city police is ready for the final day visarjan of the Ganeshotsav and make plans for the security arrangements all along the route and around the lakes where the idols will be immersed. Total around 8000 police officials and jawans are in the bandobast for Ganesh visarjan falls on Thursday.

Vadodara city is the cultural city of Gujarat and is famous for celebrating various festivals with enthusiasm. However some petty incidents also happened during such celebrations which sometimes sour the whole thing. Vadodara police prepare themselves for the big day and have ample security measures to see off all the process smoothly.

The teams also done foot patrolling all along the route before the visarjan day to review the security measures.