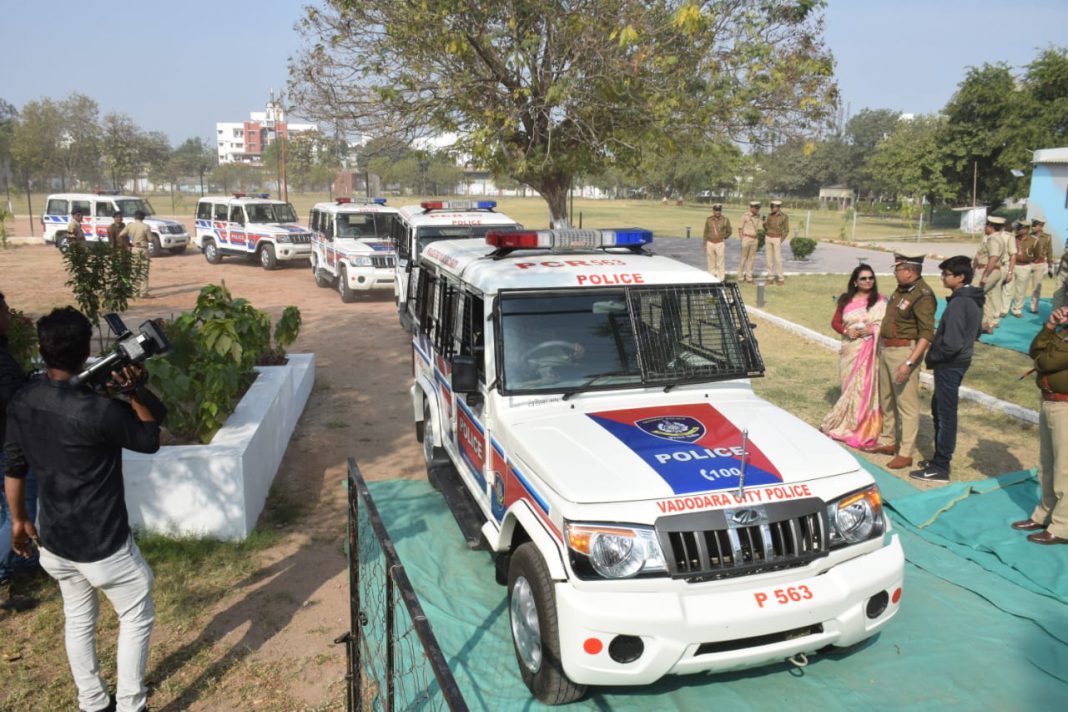 Flagged off by police commissioner.

On 70th Republic Day Vadodara police gets 94 vehicles from the government for patrolling and strengthening the security measures. Seven Jupiter two wheelers are included in the fleet specially for the women police.

On the 70th Republic day Vadodara police commissioner flagged off the 94 vehicles fleet from Pratapnagar Headquarter. The fleet consists of 37 Bolero, 50 motorcycles, 7 Jupiter mopeds included in the department.