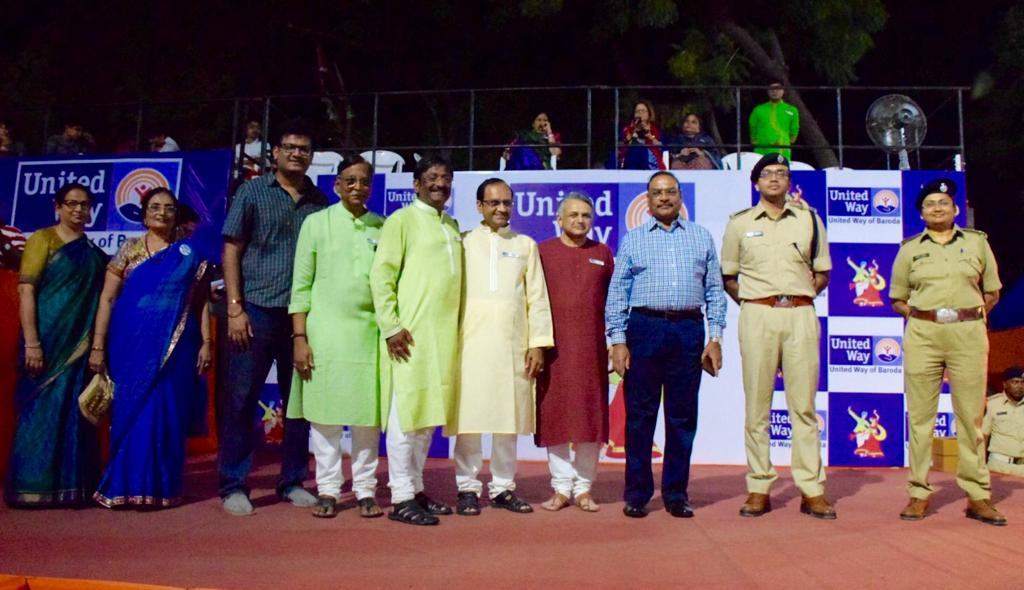 Encourage them to wear helmets and follow traffic rules

There is a very fine line between life and death and sometimes our lethargic approach towards important things lead to dangerous consequences. Traffic rules is one such thing which is not seriously following by everyone and they ends up in paying fines and sometimes their lives.

Vadodara police is also pushing themselves with various means to aware the people about traffic rules and follow them strictly. Such a initiative is taken by them during the ongoing Navratri festival where they distribute helmets to the winners of garba competition.

During Navratri festival the organisers held competition between the players and later felicitate them at the venue. Vadodara police took this idea to their advantage and spread the awareness about traffic rules among the people.

Top police officials remain present there at the popular United Way Garba and distribute helmets to the winners on stage. The aim is to encourage people to wear helmet and follow traffic rules for their own safety. From a good platform the police team spread the message and try to create safe and secure environment for them.