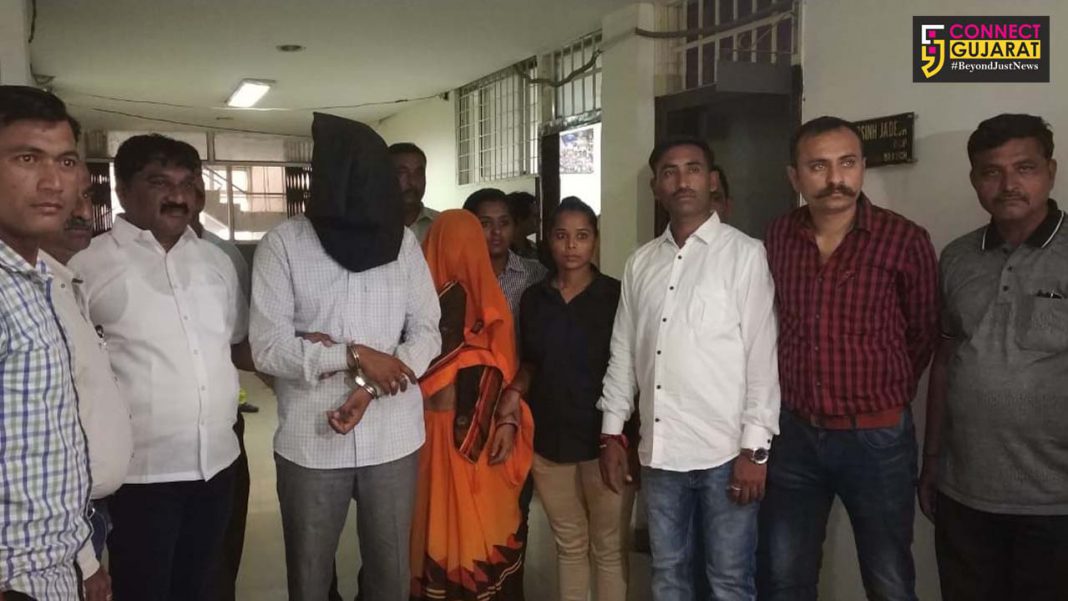 Arrested wife and lover for killing and dumped the body

Vadodara police detected the murder of transporter and arrested his wife and lover for killing him and dumped his body inside the car near Panjrapole in front of VUDA housing at new VIP road area. The victim knew about the affair between them and frequently quarrelled with his wife and also threaten her for life.

Police found the body of Dalchand Khatik  in suspicious state from inside his car on Wednesday afternoon. His brother in law point finger on the murder angle and police started investigating in the matter after the postmortem report suggest chocked to death.

The crime branch,  PCB and Harni police teams started investigating and with the help of CCTV footage and technical sources finally managed to detect the case.  The team arrested his wife Jashoda and Premchand Khatik from Rajasthan for killing Dalchand and dumped his body inside the car.

As per details both the accused used a nylon rope to kill him inside the house and then put his body on the rear seat of the car along with his shoes and mobile. They then drove the car towards the place opposite VUDA housing and left the car there. His wife came back home walking and the other accused Premchand left for Rajasthan.

The team investigate both separately and his wife broke and said his husband knew about their relationship and often quarrel and beat him after return home heavily drunked. She went to Rajasthan and met Premchand and revealed the situation to him.  Both then hatched the plan and on 14th killed him with the nylon rope and dumped his body inside the car. Police arrested both the accused and further investigating in the matter.