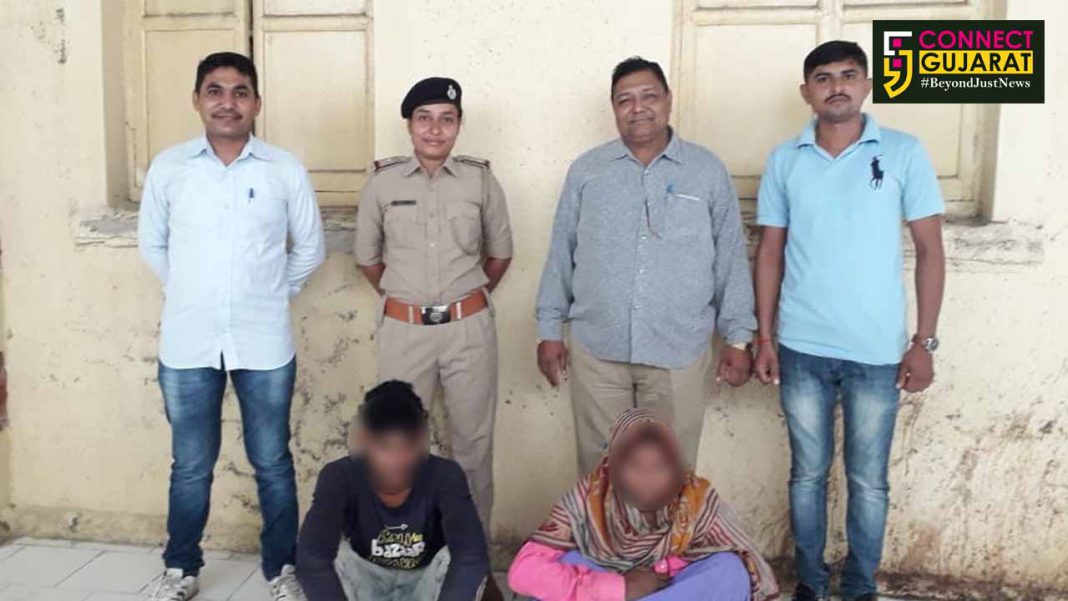 Vadodara police caught the couple accused of left a new born baby in the SSG hospital around five months ago. The couple wished to have a son but as girl was born they left her in the hospital and fled.

A resident of Madhya Pradesh Praveena Mavi gave birth to a girl in the SSG hospital and the new born was kept inside the baby room as her condition is said to be serious. Praveena and her husband Sunil Mavi wished for the son but a girl was born to them. The couple later fled from the hospital left behind their new born child who later died on 10th April 2019.

The hospital authorities tried to search for the parents of the girl and later register a complaint in Raopura police station after failed to trace them. The police team began their investigation in the matter with the help of cctv and other electronic equipment’s.

First the team search the address of Amarnagar TP 13 Chhani given by the couple in the hospital, but it turned out to be fake. Investigation officer PSI J.D. Mir said that team continued their investigation and got the information about the couple working in Rajkot.

The team reached there and arrested husband wife and brought them to Vadodara.
The couple accepted of leaving the baby as they need a boy. They married for one and half years and this is the first delivery of the woman. Raopura police is further investigating in the matter.