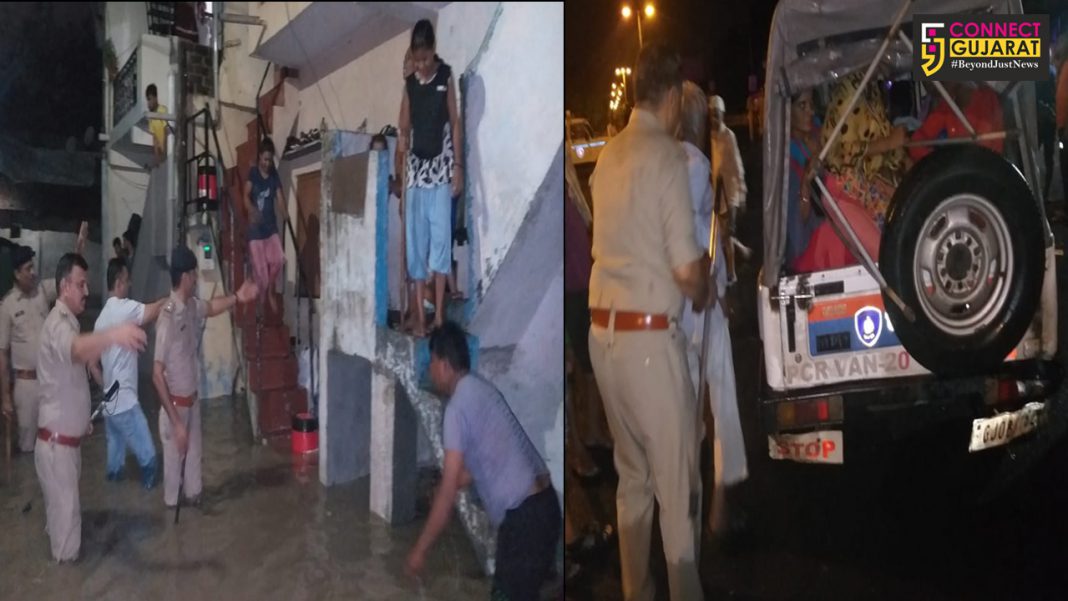 Rescued and shifted to safer places

Vadodara police also came to rescue of people stuck in their houses after the rain waters entered inside their area. The teams rescued hundreds of people from various areas and shifted them to safer places in the operation continuing the whole night.

The police teams worked round the clock and reached hundreds of people from low lying areas and stuck inside their houses. They rescued people from Mujhmahuda, Parsuram Bhatha Sayajigunj, Kalyan Nagar, 7 persons plus 2 kids saved at Navi Nagri at Sama area,
nearly 375 persons from Sayajigunj, more than 350 people from Navi Nagri, from station to Kothi char rasta, 30 Girls of MES School, 4 shopkeepers from Gendigate.

DCP zone 2 (Rajan Sushra ),Vadodara City,  and his team (Two ACP ,PIs,PSIs n Police Staff ) done rescue operations of people residing on the bank of River Vishvamitri near Bhaliya Vaas,  MunjMahuda, Rokadnaath Hanumaan area where in 3 to 4 ft water of River Vishvamitri has entered in to the huts , kachchha n Semi Pakka houses of the local residents . Police shifted them with their needed belongings in to the  neighbouring School  and other safer  upper land areas. All felt very happy n grateful for the services from the police force .

Water level of Vishwamitri River is 32.50’ and Traffic is closed on almost all major bridges of the city. Police is deployed at all low lying areas of the city and at bridges, Rescue operation is being carried on at in full swing in assistance with SDRF and NDRF.