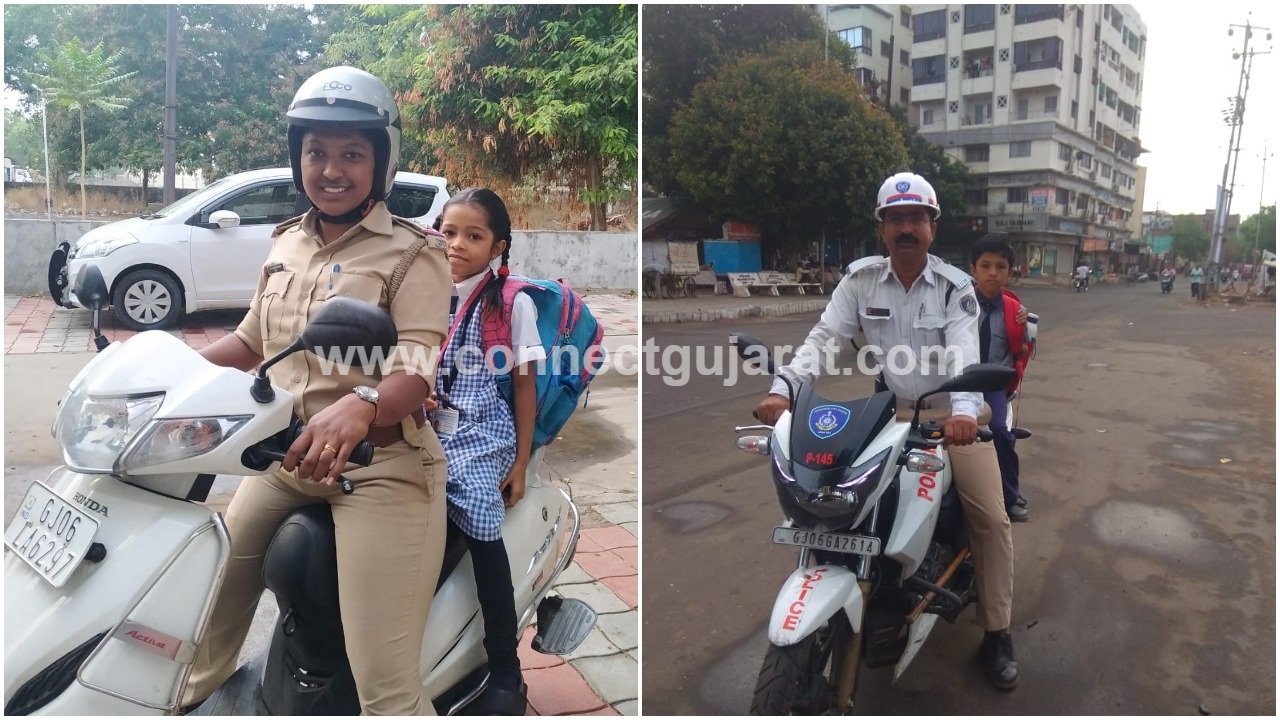 Dropped students to schools on their vehicles

As the association went on strike the Vadodara traffic department came to the rescue of parents and helped the children reach their schools. As per ACP traffic they formed 52 teams with 46 motorcycles, 21 PCR Vans and nine government bolero jeeps to take around 250 students from various areas to their respective schools in the city.

All the parents also had a sigh of relief after seeing this initiative by police department who came to their help and appreciated the noble gesture. The schools also declared a relaxed timing schedules for the students due to the strike.

After the Ahmedabad school van incident the RTO department made it compulsory for the vans to have commercial passing and is strictly taking actions against the van drivers. The police department also called a meeting of school principals to review the situation related to students safety and asked them to be strict about commercial passing for the school Vans.