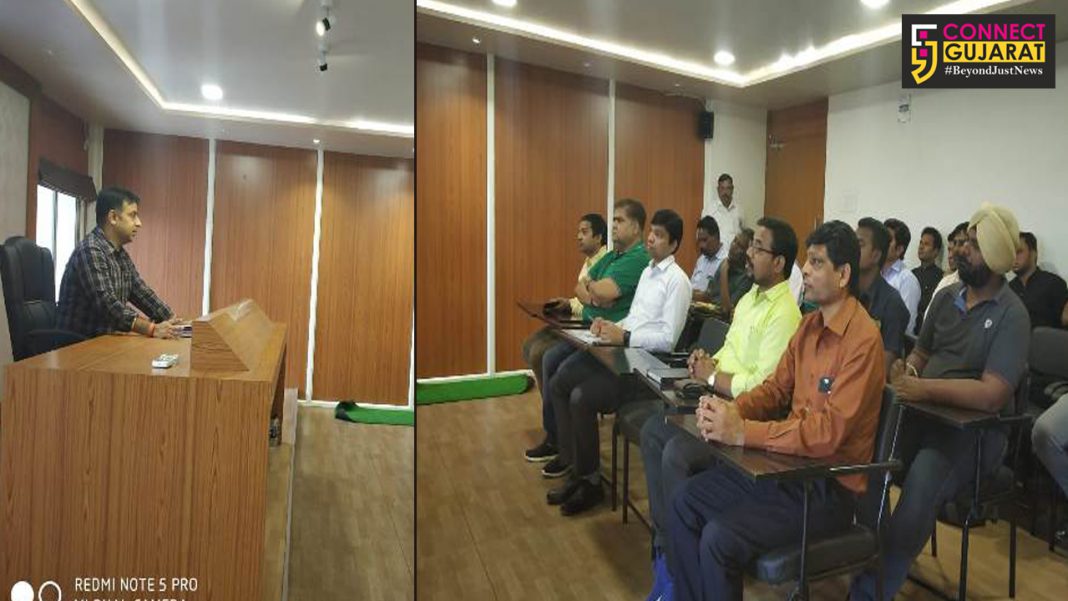 Vadodara police calls a meeting of the responsible persons of multiplexes, malls and other establishments after found serious security lapse during the surprise check. DCP Crime Jaydeepsinh Jadeja issued important guidelines to them and warn them of strict action in case of any second measures.

The crime branch teams conduct checking inside malls, multiplexes and crowded places like bus terminal, railway station and vital installations, public places and entry exit points in view of the troubled relation between the two countries. During the reality check the teams found serious security lapse as they freely entered inside with arms.

The police team issues directive to the manager and security of all the places to be serious and watch the movement carefully. They also warn them for strict action in case they find the lapse again.

On Wednesday DCP Jaydeepsinh Jadeja called a meeting of responsible people of malls, multiplexes, Parking and security contractors of ST depot, and contractors of VMC parking and shopping and briefed them about the measures.

They were briefed about Frisking checking at the entry gates and also make elaborate arrangements for keeping a eye on the parking area specially on the vehicles. They were told to increase the strength of security personnel in view of the present situation and inform the police immediately in case of any suspicious activity and actions.

The police also issued guidelines of responsible people be remain present at the property for quick response. The checking will continue in coming days and in case of any lapse the licence will be cancelled immediately by the police. The team also request support from the people of Vadodara.

CCTV surveillance is closely monitored at the places and cyber crime team is also keeping a watch on the social media for the posts. They closely watch on the messages and warn people to avoid anti social and anti national posts which can land them in trouble. Such checking will continue at the places by the police in coming days.