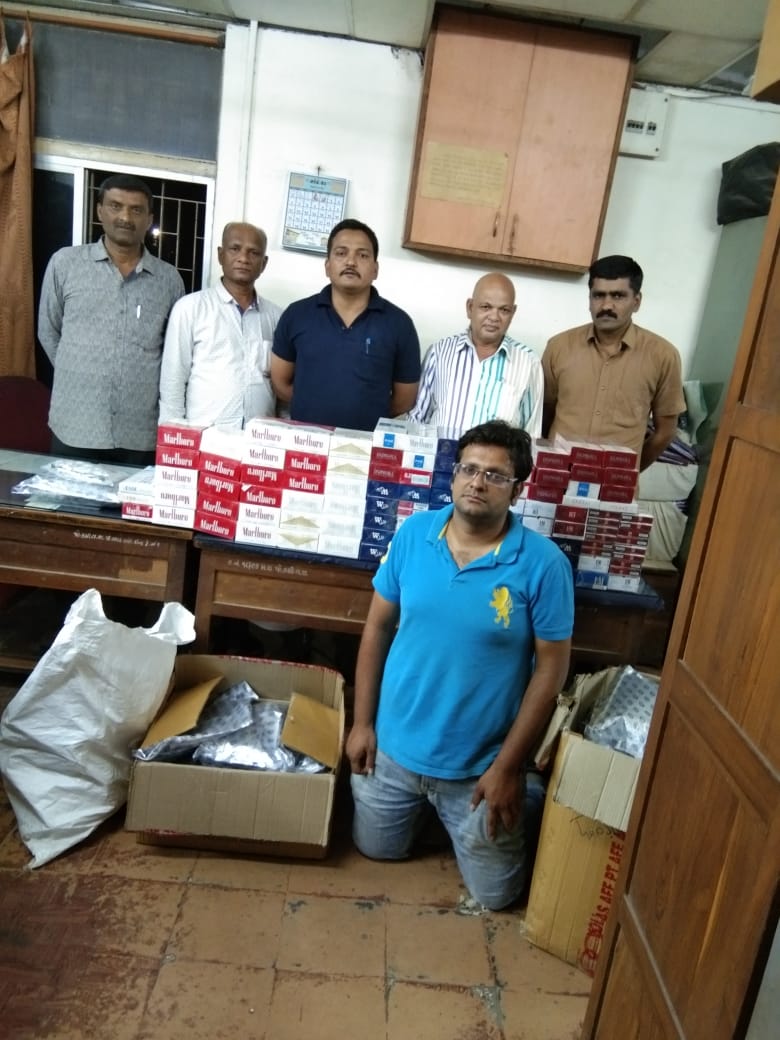 Seized 1010 cigarette and 204 tobacco packets worth 2.38 lakhs from the accused

Vadodara PCB team arrested one for importing costly cigarettes of different brands in the city.  The team raid the godown and seized 1010 cigarette and 204 tobacco packets worth 2.38 lakhs from the accused.

As per details on 5th April the team while on patrolling recieved the information about one Girish Lalwani selling different brand cigarettes from Jay Store in Veraimata lane and from the godown at Jayratna building. The packets don’t have any warning messages and pictures and was imported and sell by the accused illegally from both the places.

The team raid the spot and during the search of the godown found cigarettes of different brands and without symbol tobacco packets. Total 1010 cigarette packets each worth around 2000 rupees was seized by the team. The accused was handing over to the Navapura police for further investigation.