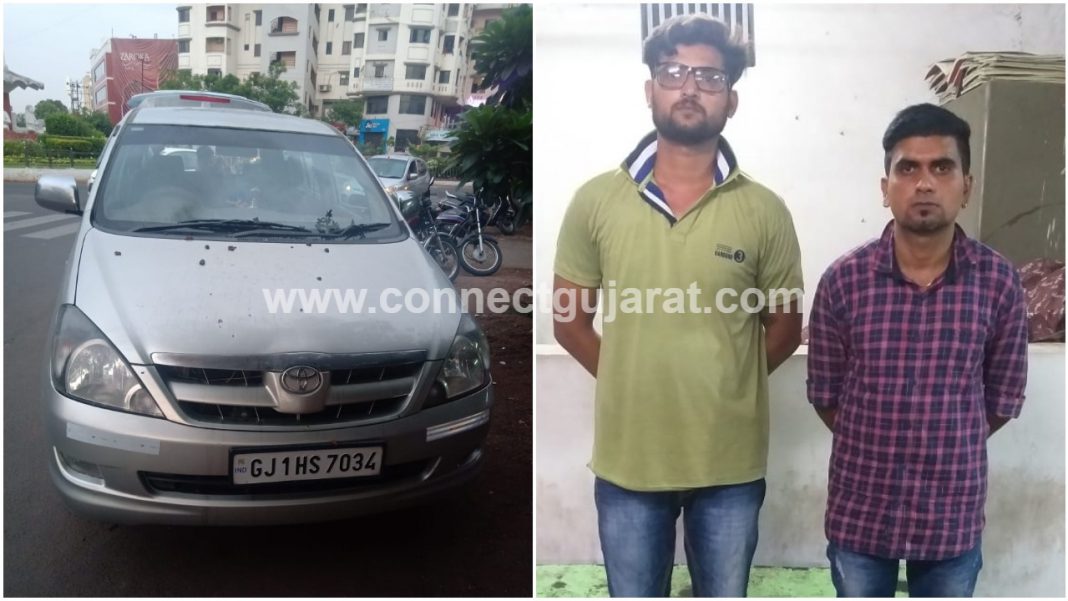 Vadodara PCB team busted a international scam running from the city where the accused threaten the foreign residents in the name of loan recovery and access money from them after getting the confidential number of Google Play card.  The team arrested two accused and declared one wanted in the matter.

As per details the team recieved a tip about one Vinit Rawat and his associate with the help of Indian quicker website contact the foreign residents of US after getting their data through local registered Whatsapp number. They connect with the people taking daily expenses loan of 100 and 200 dollars and talked to them like in local speech.  They then threaten them to repay the loans or else inform their managers resulting in losing their jobs.

They then cleverly get the confidential number of Google Play card published on the backside and get the money from Delhi merchant through Angadia.

With strong inputs about the duo operating the office specially in night the team raided the fifth floor office of Darshanam plaza behind Danteshwar Bansal mall and caught Vinit Rawat and Shailesh Yadav both residents of Makarpura. The team recovered cash,  mobiles,  computers,  Innova  from the accused and further investigating in the matter. The team declared Merchant Jordan from Delhi as wanted in the case.