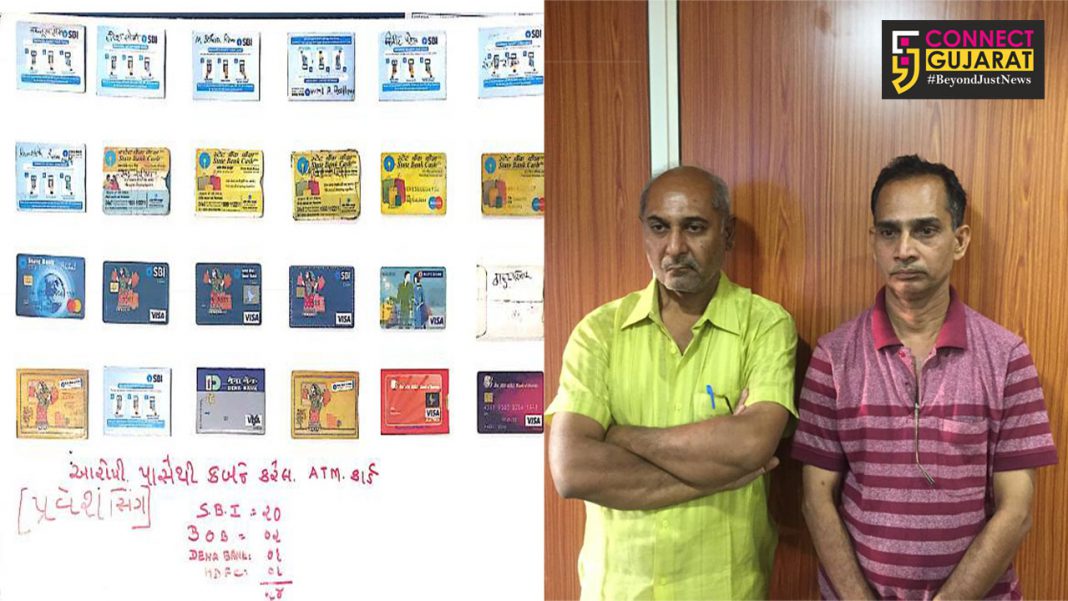 Accused collect ATM cards, blank cheques as security deposit and withdraw money from their accounts as per their choice

Vadodara PCB arrested two accused involved in collecting heavy interest from people after giving them money without having any proper licence. They collect ATM cards, blank cheques as security deposit and withdraw money from their accounts as per their choice.

Vadodara police commissioner Anupam Sinh Gahlaut received the complaints about the two accused give money on interest to people without having any proper licence. The then collect ATM cards, blank cheques from them as security deposit. At the time of their salaries they get the confidential PIN from them and withdraw full money from the accounts. Later they collect heavy interest and return the rest of the amount and that too of their choice to the people. They also threaten them of dire consequences in case they reveal the truth outside. The people decide to commit mass suicide and approach the police for help.

Based on the complaint a order is issued by the commissioner to caught the accused at the earliest. The team while patrolling received a tip about the duo on 9th March and caught them near Waghodia crossing. The team caught Pravesh Kumar Singh and Piyush Bhatt from there and during questioning they accepted to be involved in the crime. They accept to give money on interest to people without any valid licence and collected ATM cards and cheques from them as security deposit and withdraw money as per their choice.