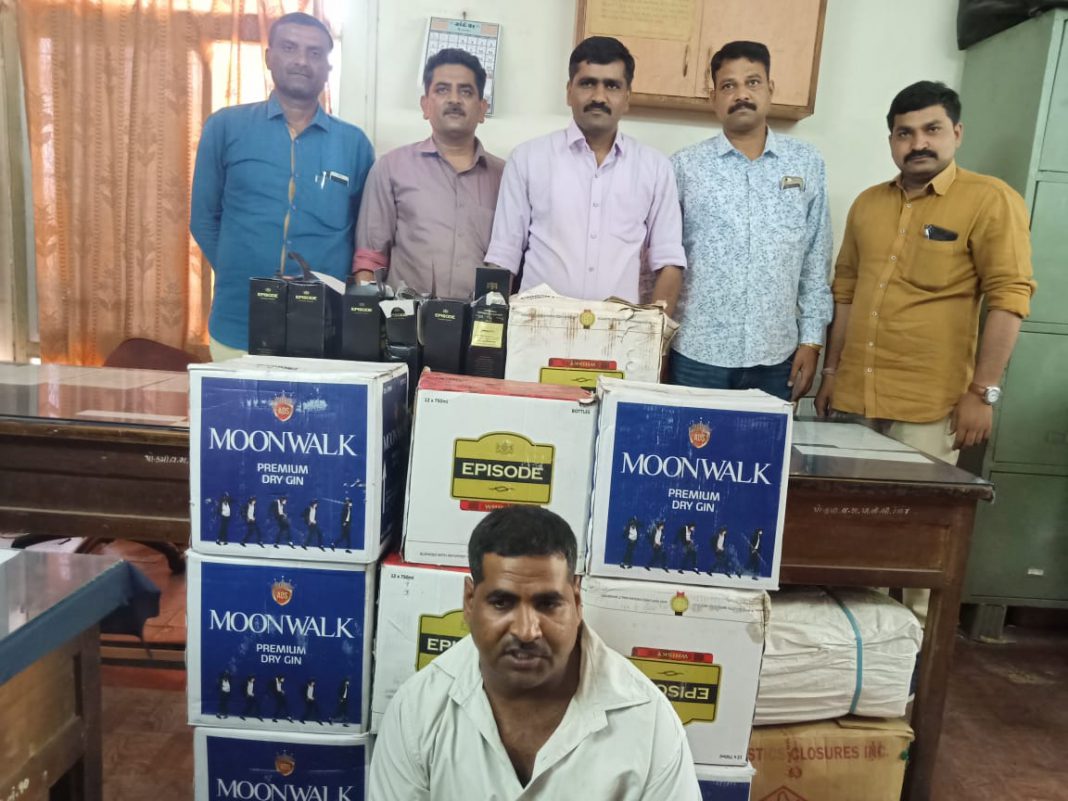 Vadodara PCB team arrested one person with liquor hidden inside empty chemical drums.  One accused was declared wanted in the case and hunt is on to trace him.

The PCB staff received the information about one tempo loaded with liquor was about to reach near Senate school on Bapod Khodiyarnagar crossing. Based on that the team raid at the mentioned spot and found one with 132 bottles of various brands from his possession. The boxes were hidden inside the chemical drums and sealed from the top.

Police arrested Dinesh Khatik and handing over him to Karelibaug police station for further investigation. One Rajmal Khatik is declared wanted in the matter.