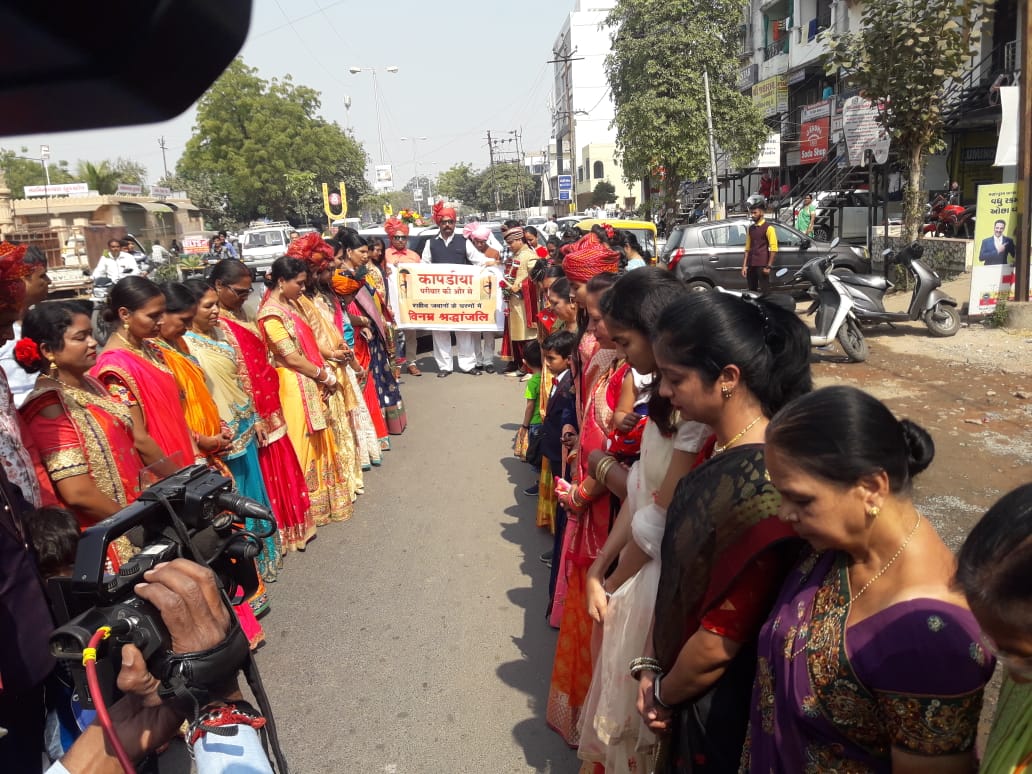 Educational institutes organisations observed silence and pray for their families.

Vadodara paid tributes to the brave soldiers lost their lives in one of the horrific terror attack in Pulwama. From educational institutes to organisations everyone pay their respects to the martyrs and pray for their families. A marriage procession in Vadodara also give their heartfelt condolences to the jawans.
In one of the horrific terror attacks in the valley in recent times 44 CRPF men lost their lives after a explosive laden vehicle hit their bus. The bus was part of the convoy of the jawans heading to their camps. The incident shocked the nation and everyone demand strict action against such heinous act.
In Vadodara educational institutes and various organisations paid tribute to the soldiers and pray for their families to give them strength in such difficult times. Railwaymen at Loco Shed observed two minutes silence in remembrance of the soldiers and paid their respects. NFIR General Secretary Dr. Raghavaiah was also present during the program.
The DJ Live programme at MSU was cancelled and students light candles to pay their respects to the soldiers. The organisers decide not to celebrate any days in remembrance of the martyrs.
A marriage procession also paid tribute to the soldiers in unique way in Vadodara. Kapadia family took out the procession with banners giving tribute to the soldiers. Patriotic songs were played instead of the bollywood numbers and all the guests stand in silence to pay their respects to the soldiers.