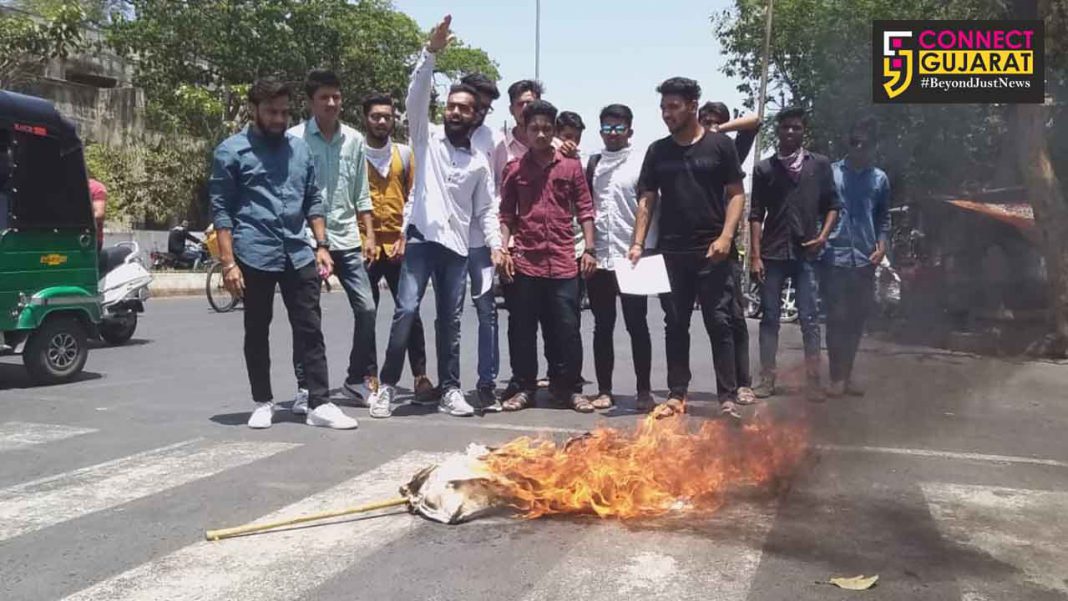 Burn effigy of accused student demand strict action against them

Vadodara NSUI members burn the effigy of ABVP members accused of molesting a Ahmedabad college student lured to pass her in the exams. They shouted slogans against the group and demand strict action in the matter.

NSUI leader Vraj Patel said the accused student Ankit Parekh and his friends gang raped the 20 year old poor student for many days and she became pregnant. Later she died and a police complaint was registered against the accused. However Vraj alleged that no police action is taken in the matter till date.

The members of NSUI gathered at the Akota Dandia bazaar bridge and burn the effigy of ABVP. They demand strict action against Ankit Parekh and other accused and shouted slogans against them.