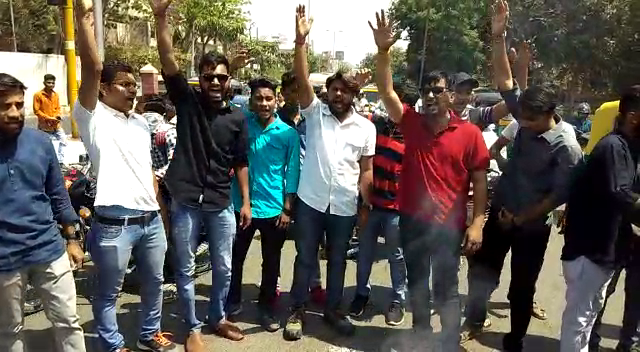 Burned national flags of Pakistan and China in protest.

Vadodara NSUI members burned national flags of Pakistan and China in protest against China used VETO power for the 4th time in the United Nations Security Council meeting. They shouted slogans against the move and demand to declare Masood Azhar as international terrorist. 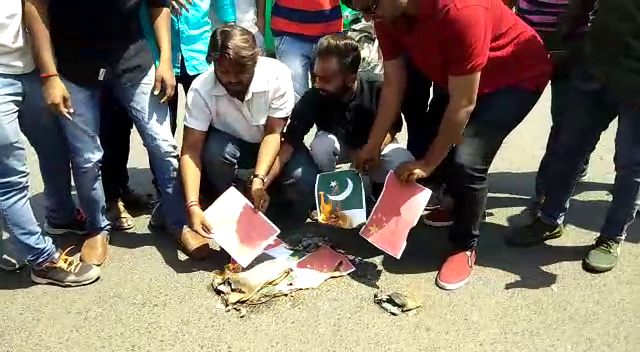 The NSUI members gathers at the Dandia Bazaar Akota bridge and protest against the China stand in favour of Masood Azhar. They accused it for using VETO power to prevent declaring Azhar as international terrorist.

They burned the flags of Pakistan and China and shouted slogans against them. They demand to ban in selling chinese items and declare Masood Azhar as international terrorist.