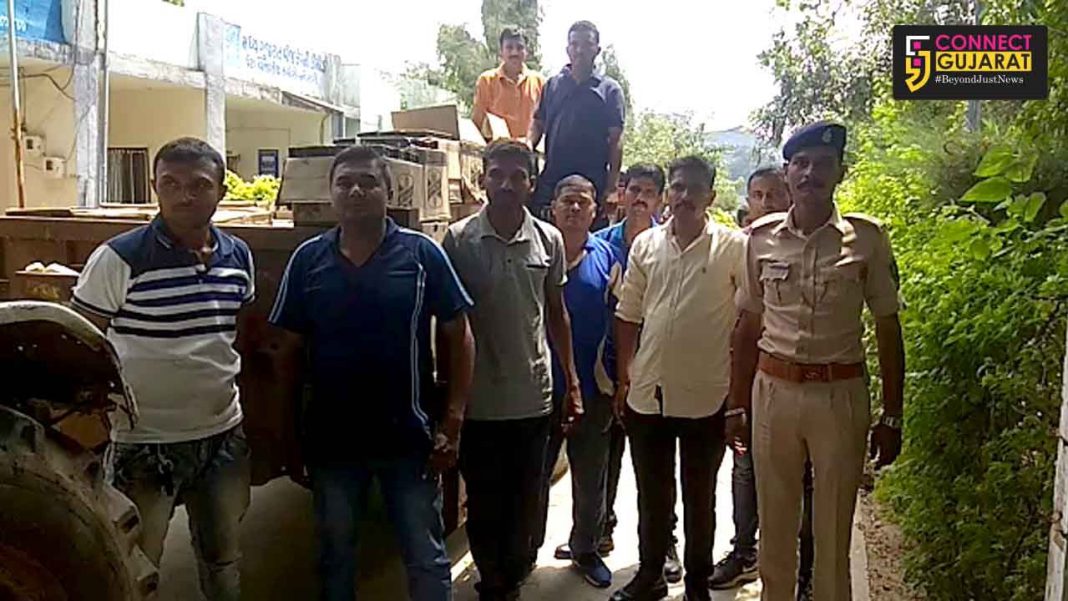 Vadodara Nandesari police raid a farm house at Trikampura near Angadh village and seized 120 boxes of liquor along with a tractor. The bottleger was declared wanted and hunt is on to trace him.

Vadodara police is running special drive to stop the prohibition activities in their jurisdiction in view of the upcoming Ganeshotsav. However the bottlegers are openly involved in the activities and succeed in ferrying the liquor inside. However with strict watch on their activities the police foiled their intentions and seized big amount of consignments.

Based on the tip the police raid the farm house at Trikampura village near Angadh and seized 120 boxes of IMFL along with a tractor total worth around 8 lakhs from there.

During primary investigation the team found the consignment belongs to one Amardeep Gohil and declared him wanted in the matter.
The hunt is on to trace the accused.