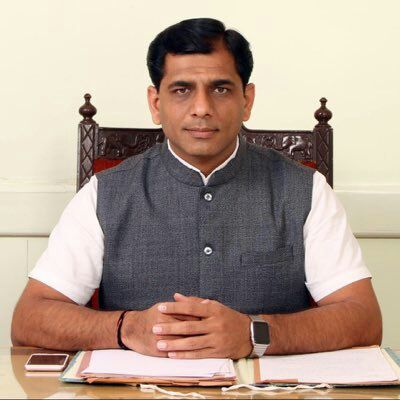 There is lots of wrath against the movie ‘Raees’ after a local politician died at Vadodara railway station during the promotion of the film by Shahrukh khan. The superstar arrived in a train as part of the promotion of his film and there was a stampede like situation where a person died and many injured.

After the unfortunate incident there was lots of debate on the movie which is based on the life of a don in Gujarat. The question arises about the way of promotion risking the lives of the people at railway station. There was also a point about the storyline on which the films will be made in the future.

Vadodara Mayor Bharat Dangar is also not behind and started a social debate about the film and requested the people to give suggestions. He said that the society will decide about the fate of the film. “I was very hurt with the unfortunate incident where a person died after the crowd got berserk to see Shahrukh khan who was on its way in a train to promote his film. Vadodara always welcome the artists as it’s a cultural city, but the way the artists are coming for promotion and one person died is really worth decision. I want to know the people suggestions and hence start a social debate,” said Dangar in the video.

Dangar upload a video of his where he talks about the sacrifice of Maharana Pratap and other freedom fighters and also asked the question from the people after the incident happened during the film promotion at Vadodara railway station.

“I visited Haldighati where I saw the rich history of Maharana Pratap and his horse Chetak and that reminds me about the great king who fought with Mughals till his last breath. And in the evening I came to know about the unfortunate incident where a person lost his life during a film promotional event by Shahrukh khan. One side we are talking about Maharana Pratap and on the other we are crazy after a star who is playing the character of a don who is responsible for bomb blast and bottleging in Gujarat. I just want to ask the question from the public and their views on the issue,” said Dangar in the video.

Dangar said in the video that Gujarat is the land of Mahatma Gandhi and Sardar Patel and what the children watch today they follows it through out their life. He invited the suggestions from the people and left it on the society to decide on the fate of the movie.

“I am also a movie buff in my college days and also seen movies like Swades of Shahrukh khan. I don’t have any personal differences with any actor or actress but it’s a debate which decide the future of our next generation. People give suggestions to ban the movie but we left the decision to the society to decide the fate. I just want to raise a question that what type of message is given to the people from a movie like Raees which is based on the life of a don,” said Dangar.

Dangar also said that today’s generation is not idolising any freedom fighters but instead they idolise the film stars and wants to be like them. But is the movie like Raees is really worth for the upcoming generation. “I don’t have any personal issues against anyone, but I want to start a social debate in the issue and invite suggestions from the people. Many of them wants to ban the movie in Gujarat but I think the society will decide the fate of the movie and also on which Gujarati character the movie be made in the future which can give a positive and good message to the society and the people,” said Dangar.