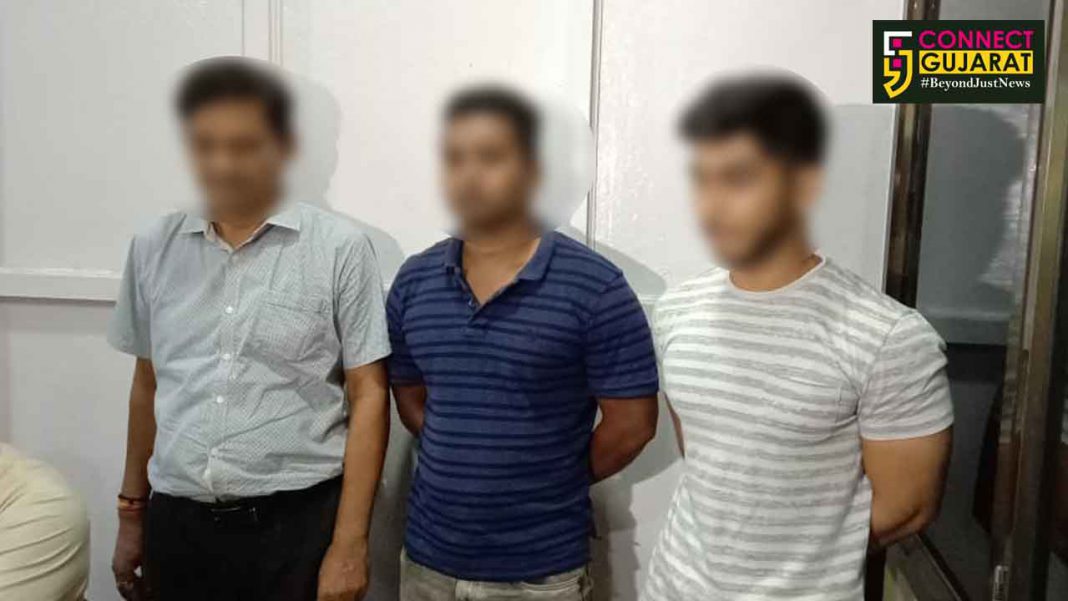 Vadodara local crime branch arrested three including a builder son for framing the son of his father business partner. After the demise of his father the victim demand accounts and builder put a mouzer in his car and tried to frame him in police case.

In 2010 Bhavin Patel died and his son Sneh Patel took over the business and asked for the accounts from Bhupendra Shah. However Shah not heard his pleas but Sneh continues to ask him about the accounts.

At one time both fight on the matter of a land and the issue get uglier day by day. At one point as the issue went further the builder planned to put live cartridges and mouzer inside the car of Sneh Patel.

PI further said the team received the information about a car passing from Vasna Bhayli road having a mouzer pistol inside. The team kept a watch and arrested Sneh Patel two days ago and interrogate him. But Sneh put suspicion on partner of his father for planning the whole thing.

Police started investigating in the area and called Deepak Giri to the police station who gives the information about the mouser. Giri broken down and accepted to place it in the car. He further said about the builder gives him one lakh and his son Darshit Shah came along with him to show the house of Sneh Patel. He also accept about Narendra Patel friend of the builder to give one lakh after the work.

After the information the police team laid a trap and caught the builder son and Narendra Patel and further investigating in the matter. Bhupendra Shah is in Canada and said to be looking after the whole things through mobile. He will be arrested soon.