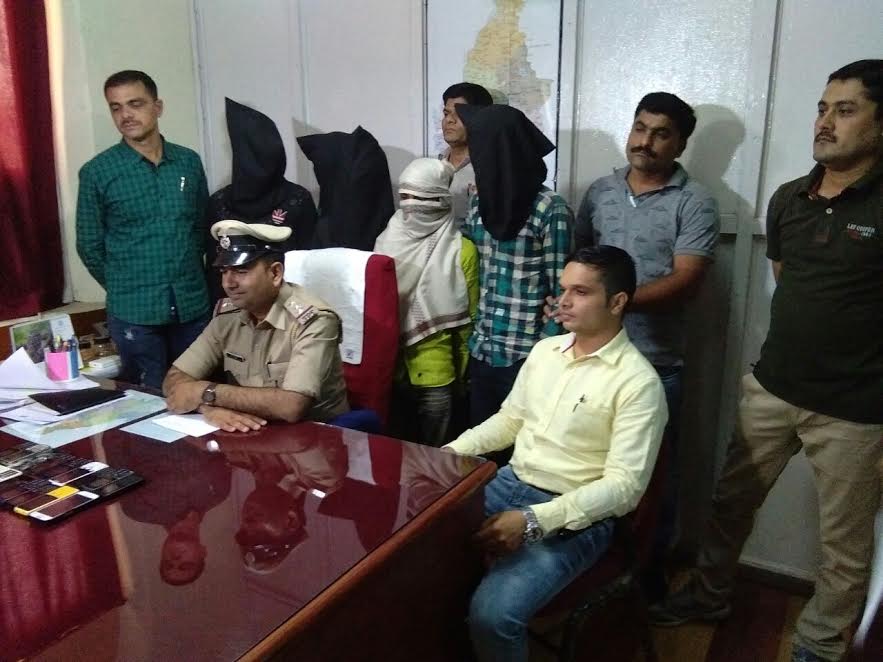 On 10th March 2017 a truck driver was murdered near Karjan on Highway and cleaner was mercilessly beaten and looted with cash and mobile. The LCB police cracked the case and arrested five accused in this regard. The accused during primary Interrogation accepted the murder of the truck driver and also to be involved in more then 15 cases of loot.

On 10th March 2017 armed robbers killed a truck driver and beat the cleaner and decamped with 24,200 rupees from them. The incident happened near Bharthana Patia on NH 8 Karjan. Truck driver Anna Vishnubhai Soune 25 from district Lonkhas in Usmanabaad Maharashtra and cleaner Rajendra Devkar are on the way to Ahmedabad carrying the 20 cartons of spare parts of Mahindra N Mahindra company from Pune.

The duo parked their truck near Bharthana Patia and sit there. When suddenly four Gujarati speaking robbers striked and killed the driver and mercilessly beat the cleaner. They then decamped with the cash and two mobiles from them.

In the meantime the cleaner informed the police and they reached the spot and took custody of the body and started investigating. The matter was handover to the LCB police and after 10 days of crime arrested the accused involved in the crime. The team arrested Ramesh Jogi, Gopal Vankar, Raju Jogi, Rajesh Harijan and Prem Balai all resident of Vadodara for the murder of the driver. Their two associates were declared wanted by the police.

The police seized 17 mobiles from them and the accused accept to commit 22 loots during Interrogation. All the accused are from Rajasthan and doing labour work in Vadodara and in night involved in such loots.