Vadodara is ready for Santa Parade on 23rd December 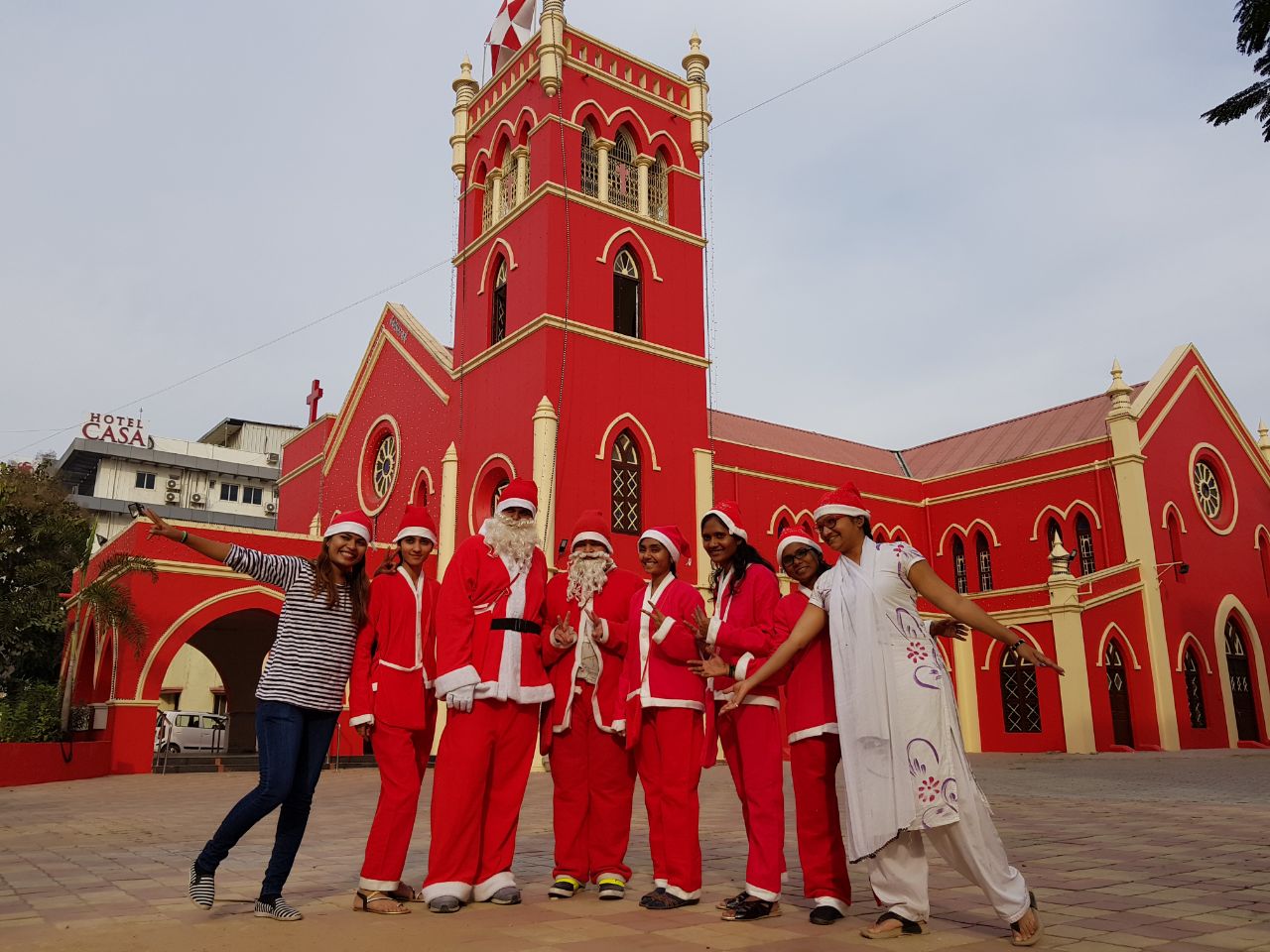 On 23rd December hundreds of Santa Claus will be on the roads of Vadodara as part of Christmas Parade. The annual event also known as Santa Parade is going to be organise for the fourth year in continuation and attract hundreds of people spreading the message of love and peace.

Like the last three years this year also the Methodist Youth Fellowship (MYF) organise the parade which is a treat to watch. Dressed in red around 100 Santa Claus wearing caps turn on the roads and spread the message of harmony. 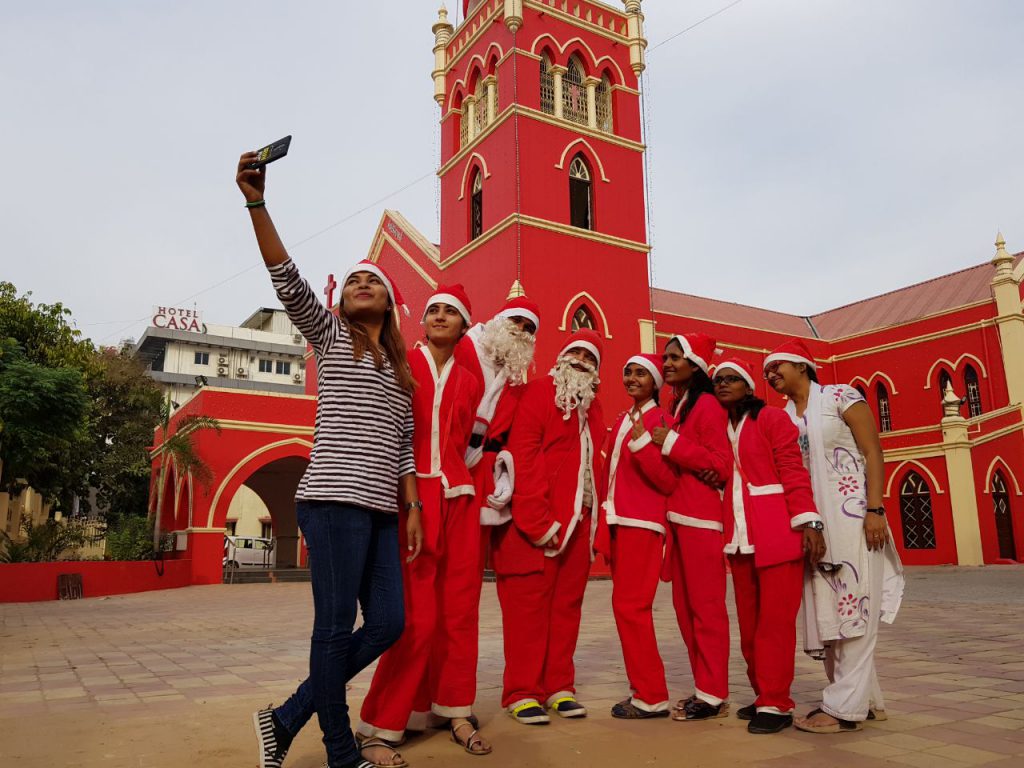 The parade starts from Fatehgunj Centenary Church also known as Red church passing through Kamatibaug road, Kalaghoda, Transcube mall (ST Bus Depot), Rosary school and return back to the church. The camel carts in the parade shows the birth scene of Jesus along with 100 of Santas join them in the Christmas celebration.

The members in the parade sing Christmas songs and carols and sent Christmas wishes to everyone. They also distribute chocolates and gifts to the people spreading the message of love and peace. Live dance performances will be special attractions in the Santa Parade.