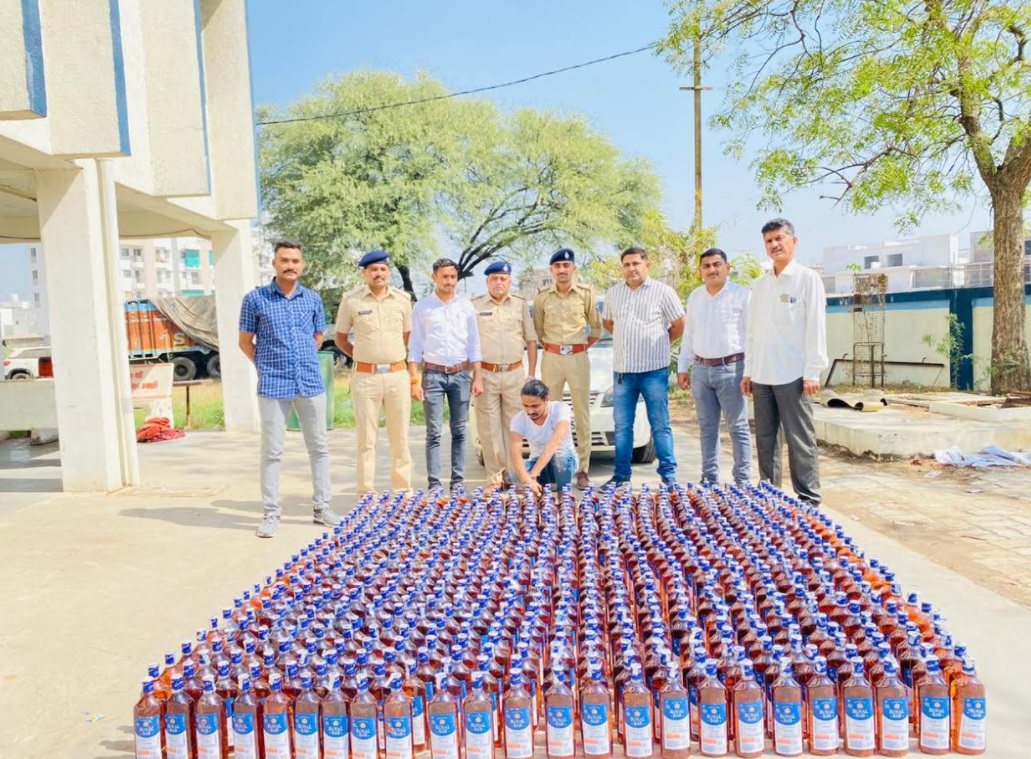 Vadodara Harni police caught a resident of MP with IMFL worth 1.98 lakhs hidden inside his car. The team caught him under Golden Chokdi bridge around afternoon on Friday. Police arrest him under prohibition act and declared two as wanted.

As per details the surveillance staff of Harni police station received information about one four wheeler with liquor inside about to pass from Golden Chokdi bridge. Based on that the team kept a watch and stopped the white Indigo car having registration number GJ 18 BA 0355 and inquired the driver Jitendra Meena a resident of Indore Madhya Pradesh.

During the checking they found 660 bottles of liquor hidden inside the car and booked him under prohibition. The team also declared two Surajbhai and Bhorubhai from MP as wanted in the matter.