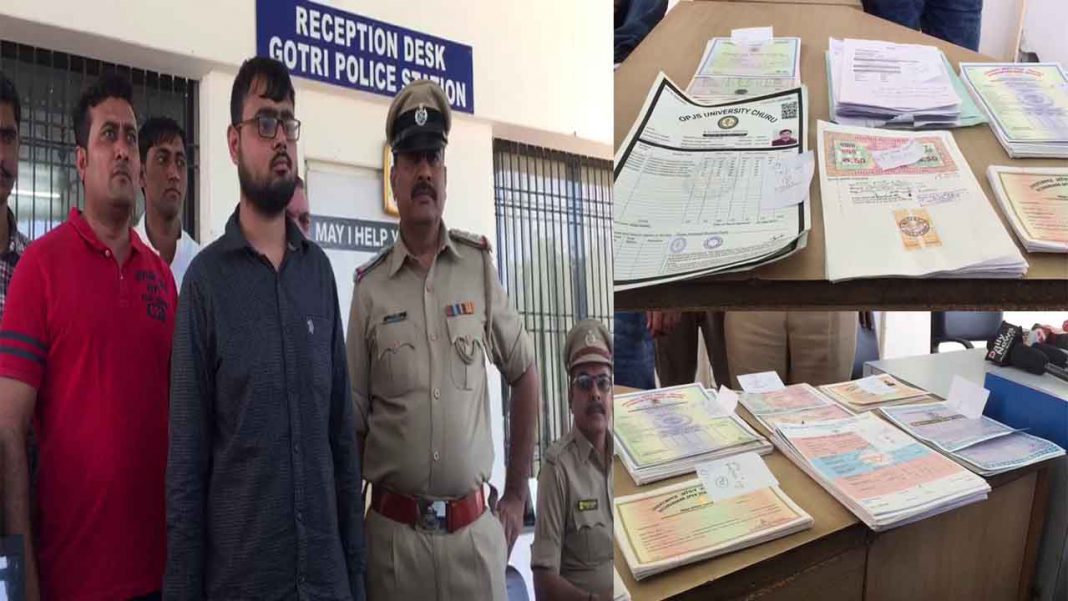 Arrested one recovered marksheets and certificates of different states from his possession.

Vadodara Gotri police busted a duplicate  certificate and marksheet scam and arrested one in the matter.  The team also recovered marksheets and certificates of different states from his possession. 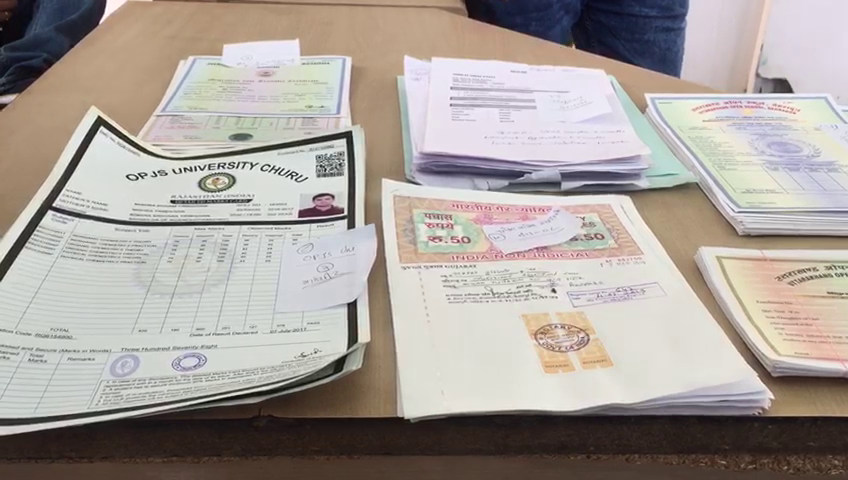 Based on the information the police team searched the office inside Lalita tower at Gotri area and found one Prince Bhuvnesh Pathak lives in Waghodia road area and originally hails from Rajasthan. The team searched inside the office and found 10th and 12th marksheets, university degree certificates from different states from there. 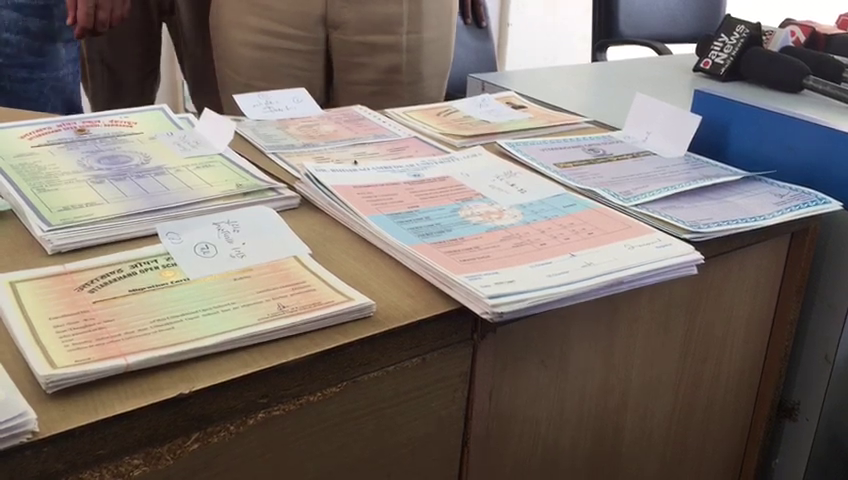 The team also recover three laptops,  two printers and four mobiles from the office. During primary interrogation the accused unable to give satisfactory reply about the marksheets and other things found from his office.  Gotri police registered the case and further investigating.