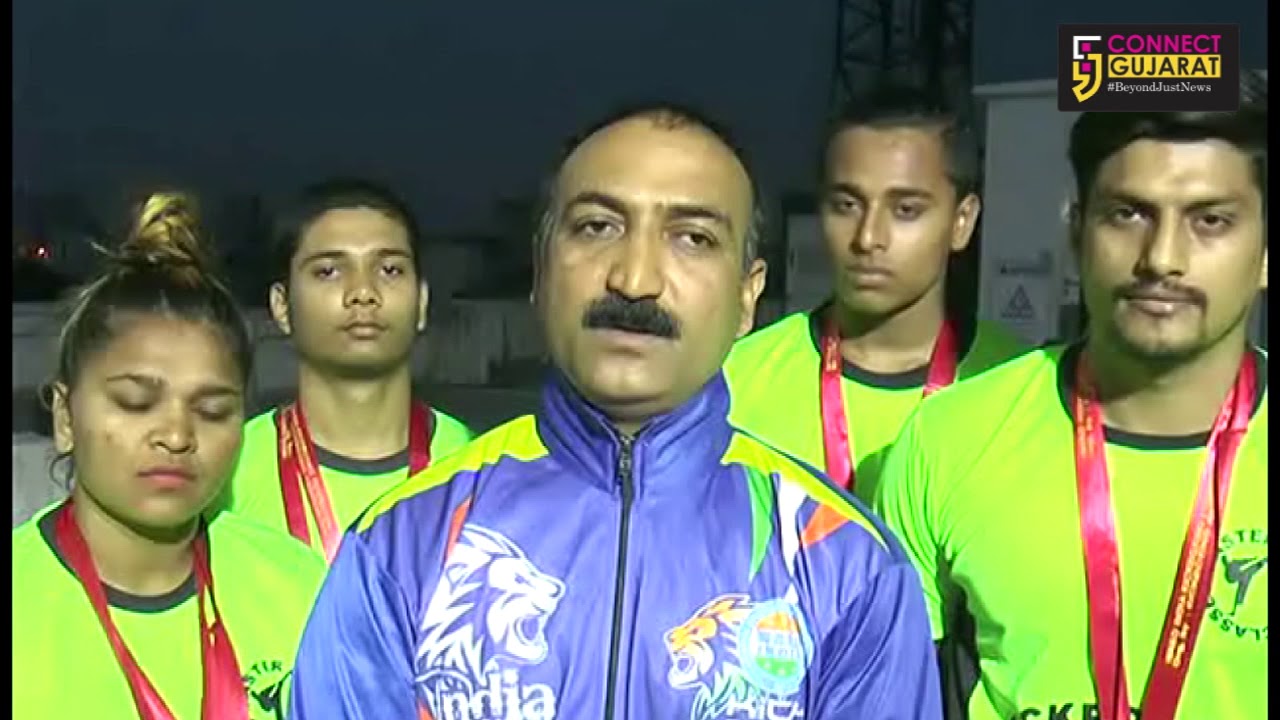 It’s a dream comes true for two girls from Vadodara who wants to make their names in kick boxing. 11yr old Maitri Pancholi and Priti Thakor won medals in their first appearances at the National level and now eyeing to play at the International tournaments.

Maitri Pancholi won bronze medal in kick boxing tournament held in New Delhi while Priti Thakor won Silver and Bronze in the -70kg category. Both the girls have their own targets to start and play Kick Boxing. For Maitri it is to make a career and won medals while Priti wants to make name for herself and the Samaj from where she comes.

"There is a lot of support for me from my Thakor samaj and I want to take it further. The game is first experience for me and winning medal there is something quite unimaginable. My family and samaj supports a lot and now I want to play further rin the game,” said Priti Thakor.

Apart from the girls the 5th standard girl started kick boxing just four months ago and today shines at the National level.

Maitri and Priti are the students take training under Jayendra Kothi a certified A Plus coach in Gujarat. Apart from the girls three other students also won medals in the Wako India Kick Boxing Federation Cup. Harshit Vyas won Gold and Silver in the -84kg, Saurabh Biswas two Silver in -69kg and Krunal Tiwari won Silver and Bronze also in -69kg category.

After Federation cup the students are now eyeing the National championship and Indian Open International Kick Boxing to be held later in the year. The coach said the players have the potential to shine at the International and world championships but the only thing they need some recognition and financial assistance from the government.