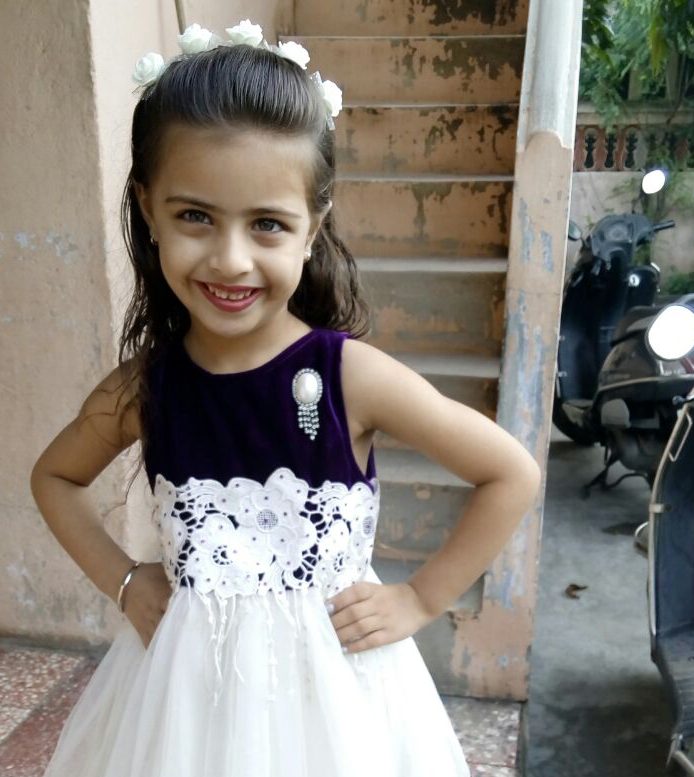 Its a first step to achieve her dreams by a five year old girl from Vadodara who used to tell her mother that one day she will become Miss World.

Harleen Kaur Rajdeepsingh Mann is selected for a photo contest by none other then former Miss Universe Sushmita Sen after her parents uploaded her pictures for an online photo contest. She is the only girl from Vadodara to be selected for the contest.

Parents of Harleen Kaur never thought that posting pictures of their daughter in a online contest open up the doors of luck for their daughter who randomly told her mother that one day she will become Miss World. Mother of Harleen Kaur recieved a call from Mumbai about her daughter being selected for the contest by none other than former Miss Universe Sushmita Sen.


“Its like a mini model contest where my daughter Harleen Kaur is selected by none other then Sushmita Sen. Its like a dream as my daughter always telling me that one day she will become Miss World like Aishwarya Rai. Its a all India contest and Harleen is the only one selected from Vadodara,” said a jubilant mother Ashwini Mann who is requesting everyone to vote for her daughter.

Studying in Senior KG in Gujarat Public School in Vadodara Harleen Kaur is always interested in modelling and fashion. “Its a god gift that my daughter has blue eyes and golden colour hair which automatically turned her interest to show off. She was also a show stopper in a modelling show recently and always telling me that one day she will become Miss World like Aishwarya Rai,” said Ashwini Mann.

Harleen Kaur has to first pass through the first round which is the public voting and ends on 10th March. Two rounds of the contest already covered before this one. After that all the winners of all the three rounds again go through public voting and the winners will go to Mumbai for the Jury round.

“Its like search for a Mini model to cope up with the industry demand for child artists. The public voting is crucial and if Harleen managed to pass through it she will contest in the Jury round in front of Sushmita Sen who is one of the Jury member. The winner there will receive cash award and go for a photo shoot in foreign locales. Its a great opportunity for my daughter and I keep my finger crossed,” said Ashwini Mann.